Starting in 2002 in its black and white tabloid form, Medicare News has now morphed into its 12 page coloured, vibrant and larger appearance. Through happening and exciting journey so far, it has indelibly carved its name in the global pharmaceutical and healthcare realm. From famed heart surgeon Dr. Naresh Trehan to the apex regulator of medicines, Drug Controller of India, Medicare News is a name to reckon with. Its reach, ‘TRP’ as it is popularly called in latest jargon, is tremendous and verifiable.

Medicare News, only fortnightly newspaper, is also known for delving deep into the underbelly of National Pharmaceutical Pricing Authority (NPPA), the Drug Price Regulator and exposing its misdemeanours despite all manners of intimidating pressures. In its 14 years of stint so far, Medicare News has always straddled across the scene with head held high without ever compromising quality and ethics. Undeterred by extraneous pulls and pushes, it has landed many a time in Press Council of India but always came out vindicated because verifiable facts have always been its forte.

Keeping pace with the time, high end digital component is yet another icing on the Medicare News cake. The digital arm has turned out a great force multiplier for its fortnightly print outing. Along with print, Medicare News now has established its paramount presence also through E-portal and social media. It intends to acquire all attributes of time and would not be found lacking in newest form of information dissemination. Apps, videos, healthcare books et al are in the offing. Rating hospitals, doctors, path labs, and diagnostics after thorough probe and honouring true heelers are also in the pipeline.

Medicare News’s pan-India presence is widely acknowledged. It has its tentacles spread far and wide, from apex government hospital All India institute of Medical Sciences (AIIMS) in Delhi to a primary health centre in a far flung village. Mandarins and high officials in Union and state health and chemical ministries associate with Medicare News as regular readers. Along with exposing scams in healthcare, it has also given ample space to good works done in healthcare. It is keeping continuous tab on the activities of hospitals under their corporate social responsibilities and giving them sufficient coverage.

Medicare News, in its quest for excellence, has now roped in Dhananjay Kumar, a renowned health writer of the country, as its Managing Editor. Apart from being highly connected in Union Health Ministry and Chemical and fertilizer Ministry, he is also a famed content writer both in English and Hindi.

Under his stewardship, the quintessence of Medicare News would be to serve as a transparent and honest link between health providers and recipients and do much needed intervention whenever patient’s interests are at stake. Keeping in view the changing mode of news dissemination and fast approaching ‘Smart Phone Era’ of reporting, his association would enhance the prestige and quality of Medicare News no end. Mr. Dhananjay would pilot Medicare News with fair degree of independence in decision making and strive to make Medicare News the bible for health seekers.

Dhananjay Kumar, writer of the much acclaimed book ‘Dishonest Medi(a)cine’, is an acknowledged opinion maker in Indian healthcare realm.

The book, based on his comprehensive research on the theme-‘dangers of unskilled and unscrupulous health reporting’- under the aegis of prestigious Prem Bhatia Research Scholarship for media,… 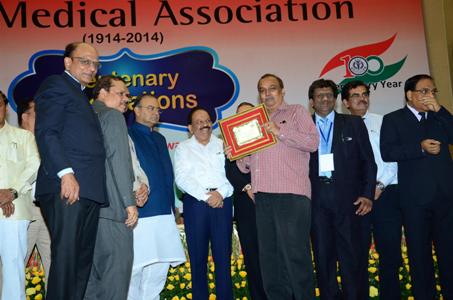