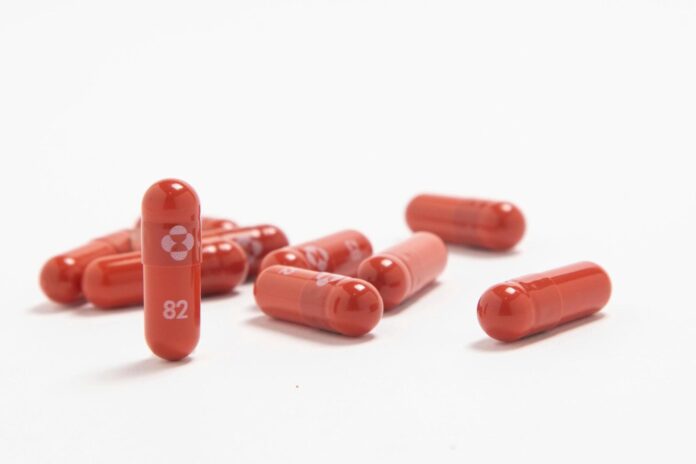 Mumbai: Molnupiravir, the first oral antiviral for treatment of mild to moderate Covid approved by the US Food and Drug Administration (FDA), seems to have bombed in the domestic market. This is far different than the first two waves when Covid therapies had registered phenomenal sales. The oral antiviral pill was developed by Merck and its partner Ridgeback Biotherapeutics, and was touted as a gamechanger. But its sales amounted to just Rs 46 crore in January — the first full month of launch. This, even as the third wave starts to wind down.

The Covid-portfolio of drug companies — including antivirals faviprivar and remdesivir, and others like tocilizumab — registered huge sales during the previous two waves, with favipiravir alone netting over Rs 350 crore sales in a month for Glenmark during April last year.
There is now a huge inventory of the antiviral molnupiravir in the market, with potential losses on account of the drug estimated at around Rs 500 crore, industry experts told TOI.

Anticipating a huge demand due to the rising caseload of the third wave, several drug companies manufactured as well as stockpiled substantial quantities. But the antiviral did not take off like the previously launched Covid drugs due to multiple reasons, with fewer doctors prescribing it citing serious safety concerns. Soon after the drug received regulatory approval late December, it failed to make it to ICMR’s National Task Force Covid-19 treatment protocol. Further, during the third wave, most Covid patients have not shown severe symptoms, as against the earlier two lethal waves. This could have had an adverse impact on its retail sales, experts added.
Interestingly, the antiviral pill is one of the most affordable among the Covid therapies, priced at around Rs 1,400 for the full course, and was launched by about 15 companies. “This has been a hazard of the pandemic. The industry prepares for the surge, but the demand may or may not be there. But in this case, the negativity regarding molnupiravir appeared once ICMR did not include it in the protocol,” an industry official said. The official added that the medicine has a shelf life of two years, so its expiry is not a problem as of now.

Further, the potential hit to the industry could be substantially more if the investment on raw materials and active pharmaceutical ingredients are taken into account.