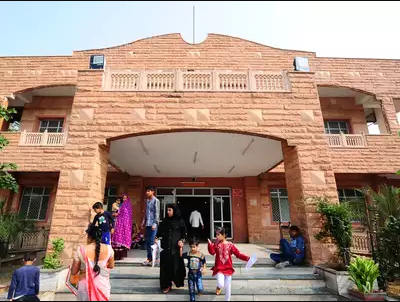 Doctors rule out negligence and sufferers were the kids. 77 kids died in Kota, Rajasthan hospital within a month and 10 kids died within 48 hours. It’s a major public health system disaster that happened in Rajasthan.

As per the reports, the reason given by the JK Lon Hospital in Kota, Rajasthan for the death of 10 children over the last couple of days is that they were extremely critical and on ventilator support before. Hospital management said that they will form a panel to investigate the issue that causes deaths and has given a clean chit to itself, which has now ruled out any negligence saying resources and equipment were functioning properly.

Hospital management also shared that 5 newborns died on December 23 and 24 were just a day old and breathed their last within a few hours after they were admitted. As per the medical reports of the newborns, they were suffering from Hypoxic Ischemic Encephalopathy, a condition in which the infant’s brain does not receive enough oxygen and septicemia.

The report shared by the hospital also showed a five-month-old, who died on December 23 had severe pneumonia, while a seven-year-old died because of Acute Respiratory Distress Syndrome (ARDS). The third infant was a one-and-a half-month-old, died of complex cyanotic congenital heart disease. A two-month-old succumbed to severe pneumonia with aspiration and another one-and-a-half-year-old died of seizure disorder with aspiration on December 24.

Dr. HL Meena, Hospital Superintendent also claimed that after investigating, they found that all the 10 deaths were normal and did not die because of negligence.

The administration has also supported the hospital’s claim ruling out negligence. Om Prakash Kasera, Kota district collector has also said that investigation into the deaths of 10 children, who died in two days (December 23 and December 24), has found that they were brought to the hospital in critical condition after being referred from other hospitals in nearby districts.