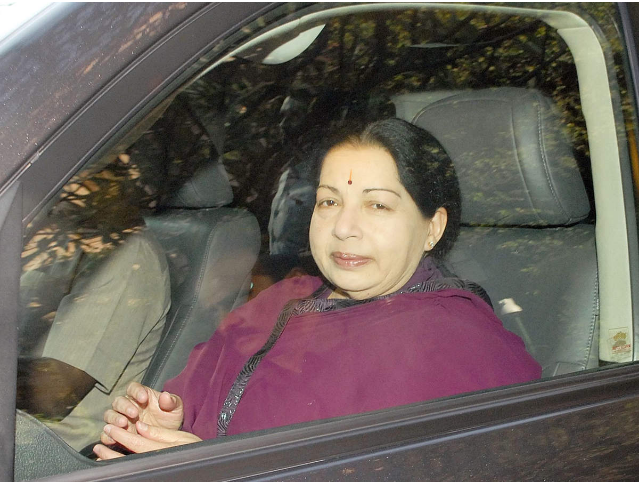 Chennai: The regular medical bulletins pertaining to former chief minister J Jayalalithaa’s health during her hospitalisation from September to December 2016 were issued by Apollo Hospitals only after approval by the state department of information and public relations.

This was a submission made by A Ramalingam IAS, the then secretary to the chief minister, to the Arumughaswamy commission on Monday, multiple sources, including Apollo’s legal counsel Maimoona Badsha, said.

Badsha spoke to the press after the cross-examination on Monday. “There were other details regarding which I would not like to make a statement,” she said. Sources said during Monday’s proceedings, the Arumughaswamy commission’s lawyers cornered Ramalingam pointing out that there were ‘discrepancies’ between Jayalalithaa’s actual health condition and the bulletins which were issued by the hospital. “All the diseases that she had, like fever, etc, were not mentioned in the bulletins. Why was that,” the commission’s lawyers wanted to know, sources said.

Ramalingam confirmed that he was kept posted about the chief minister’s health condition. However, when asked about this, Ramalingam said there were no discrepancies, sources said. It was just that only relevant information was given and that the detailed health conditions about Jayalalithaa were not mentioned in the bulletin, as there was no need for the same, sources quoted Ramalingam as deposing.

At that instance, counsel for V K Sasikala, Jayalalithaa’s former aide, stepped in and pointed out that Medical Council of India (MCI) rules mandated that all information about a patient should not be revealed without the permission of the patient or under dire circumstances like an outbreak, sources said.

Ramalingam also stated that the government was completely aware of the bulletins being given out under the Apollo Hospitals letter head, sources said. It was in-fact approved by the DIPR before being issued. According to sources, Dr Sai Satish, one of the doctors who treated Jayalalithaa, was also cross examined on Monday.

The commission is probing the circumstances surrounding Jayalalithaa’s hospitalisation and her eventual death.