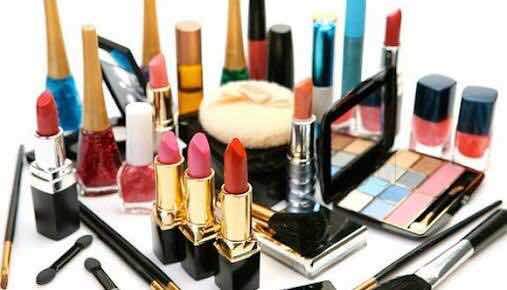 Shocking secrets of fake products have been exposed by the Chinese Media which includes the tricks of the Trade For Cosmetics Counterfeiters. Customs agents from the United States had seized a large number of fake cosmetics in recent years and most common amongst the seized items were fake cosmetic products.

Chinese media recently posted a news on how the culprits in China operate, in China’s state-run Economic Information Daily. The news shedding some light on the business of counterfeit cosmetics production which involves an established industrial chain of different criminal entities and companies.

They are working in a chain like the first chain of criminal entities from other countries buy real cosmetic products with some raw materials and then combined them to produce half-finished products. Then the half-finished material goods ship to China for final finishing to make them look authentic imitations of reputed brands.

Packaging companies from China are involved in making the process successful and perfected their production stages so that goods they sell to counterfeiters closely resemble the real product. Printing skills to replicate barcodes making their team run this business and it becomes very hard for shoppers to discern authentic products from knockoffs.

E-commerce platforms in China are also selling fake products. Thus, an invoice from the reseller is critical for a shopper to be able to confirm a product’s authenticity. That’s the reason why the fake cosmetic market is growing at a fast pace. Some companies in China got specialization in producing fake receipts to accompany fake cosmetics and fake barcodes that almost matched with the barcode on the fake product.

The skills of replication and tricks also making hard to read shipping labels whether the products were shipped from places outside of China and who made the goods seem more likely to be authentic than a domestic address.  Many of the consumers are aware of and avoiding to buy products shipped from China.

The business chain is that much longer and some legitimate shipping companies involved with counterfeiters and providing them fake shipping slips at 10 yuan ($1.46) per slip to counterfeiters.

China laws are not very strict for these counterfeiters as compare to the United States. Like In the US, if a person found guilty of trademark infringement could be fined up to $2 million and be imprisoned for up to 10 years. In China, the maximum criminal penalty is a 7-year imprisonment, while the maximum fine is 250,000 yuan ($36,447).

E-commerce companies needs to have greater accountability under the law if products sold on their platforms are fake.

In the United States, customs agents also recently found fake cosmetics originating in China. In May and July, agents found shipments passing through Laredo, Texas, with more than 260,000 pieces of counterfeit garments, consumer electronics, cosmetics, and jewelry. If real, these items would have been valued at $59 million on the market.