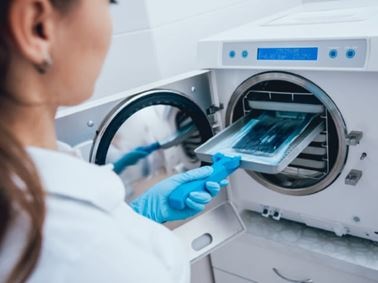 New Delhi : The Central Drugs Standard Control Organisation (CDSCO) has approved four more Medical Device Testing Laboratories (MDTL) to carry out tests or evaluation of a medical device on behalf of the manufacturers under the provisions of the Medical Devices Rules, 2017. With this, the total number of MDTLs approved by the regulator is 28 across the country.

The number of MDTLs has increased from 18 registered till December 7, 2021 to 24 registered on August 17, 2022 and to 28 laboratories now. The expansion of medical devices testing laboratories is important considering that the country is looking at a growing medical devices industry and increased regulatory control over the industry for the growth of devices market with emphasis on quality and safety of the devices.

The government, while announcing the Medical Devices Rules, 2017, said that a network of NABL accredited laboratories will be set up both, by the Government and by other entities, for testing medical devices.

Experts opine that there should be a faster expansion of the approved laboratories for testing, considering that the licensing regime for a majority of the medical devices are expected to be in place in the near future and faster processing of tests in laboratories would play a major role in taking the products to the market without delay.

The current market size of the medical devices sector in India is estimated to be $11 billion and the sector in India is at a growth stage with a CAGR of 10-12% over the last decade and has the potential to reach $50 billion by 2030.

India is among the top five countries in the world manufacturing life-saving high risk medical devices and the cost of the Indian devices is about one-third of those manufactured by some of the other countries, said Union minister for science and technology Dr Jitendra Singh recently.

The world class medical devices made indigenously are available to Indian patients at approximately one fourth to one-third price of their imported counterparts. The Atma Nirbhar vision of Prime Minister Narendra Modi is to become self-reliant in medical devices as well as medical management.

He said that it was Prime Minister Modi, who notified Medical Devices Rules in 2017 in conformity with Global Harmonisation Task Force (GHTF) framework and conform to best international practices. The new Rules seek to remove regulatory bottlenecks to make in India, facilitate ease of doing business while ensuring availability of better medical devices for patient care and safety.