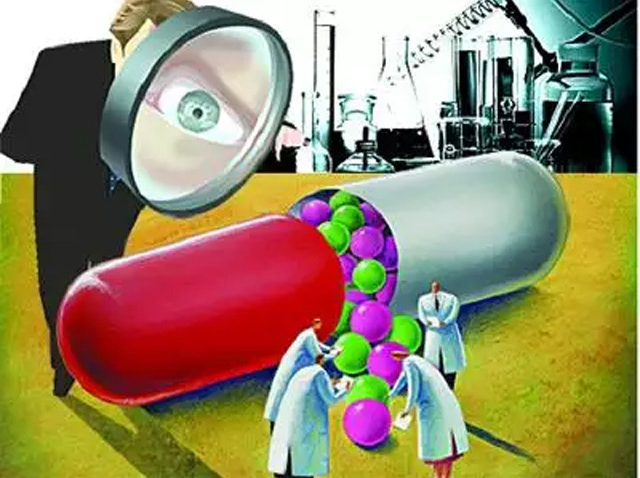 The clinical trial of Glenmark Pharma’s osteoarthritis pain medication at a hospital in Jaipur has been flagged by the Central Drugs Standard Control Organisation (CDSCO) over violations like falsification of the data of the patients in the trial.

India’s apex drug regulatory body has now sent show cause notices to Glenmark Pharma as well as the investigator in charge of the trial at the hospital, senior government officials aware of the development told ET.

If the regulator is not satisfied with the response, it could lead to punitive action like a country-wide suspension of the clinical trial, one of the officials told ET on condition of anonymity.

“The investigation has showed that the clinical trial did not comply with good clinical practice requirements and other regulations such as Schedule Y requirements,” the official said, adding that the company and the investigator are expected to respond by May 12.

The investigator, Dr Rajiv Gupta, has been asked to show cause as to why action shouldn’t be taken after it was found that patient data was falsified and that the method to accrue patients was not reviewed or approved by the ethics committee. Glenmark has been directed to show cause as it failed to take adequate action to monitor the clinical trial activities at the hospital and take remedial measures to ensure that protocol was followed, ET has learnt.

The issue came to light after CDSCO sent a team of inspectors nearly two weeks ago to probe allegations that the hospital, Malpani Multispecialty, had inducted over 15 persons for the trial without their informed consent. The investigation found these allegations to be false, and only three persons were enrolled in the trial.

Malpani director Dr NK Malpani earlier told ET that the 15-25 persons making these allegations were not enrolled in the trial as they were not eligible for the trial on account of their age.
However, investigators also found that they could not verify information like the addresses and signatures of the three persons that were enrolled in the trial, said a source directly aware of the matter.CDSCO issues show cause notice to Glenmark over clinical trial in Jaipur
“It appears that the reported enrolment of the three subjects in the clinical trial are falsified and cannot be relied upon,” the source said.

Investigators also found the infrastructure provided for the clinical trial at the hospital was inadequate as it did not have proper ventilation, an air conditioner, washroom and proper bed spacing, ET has learnt.

The drug regulator further found that the ethics committee for the trial did not review and approve the method of calling for a new lot of patients or volunteers that the hospital used to acquire patients for the trial. Schedule Y of the Drugs and Cosmetics Rules, 1945, require the ethics committee to review and approve the proposed methods of patient accrual, including advertisements that are to be used for this purpose.

“We have received a show cause notice pertaining to monitoring of the clinical trial at Malpani Hospital and will respond to it within the stipulated time frame,” a spokesperson for Glenmark Pharma said.

“As soon as we became aware of the alleged irregularities at Malpani Hospital, we immediately suspended the trial at the site in the interest of patient safety. Further, we would like to state that we have all the requisite approvals in place for the trial at the site and have already submitted all supporting documents of our approvals to the regulator,” the spokesperson added.

Dr Rajiv Gupta, the investigator in-charge of the trial at Malpani hospital, told ET he was yet to receive the show cause notice in question and would comment after he did.

Dr Rahul Saini, who is the co-investigator in the trial, and Dr NK Malpani declined to comment.

“Malpani Hospital is a CDSCO-approved site for clinical trials and it has been conducting trials for many companies, including multinationals, over the past several years,” stated Glenmark’s spokesperson.