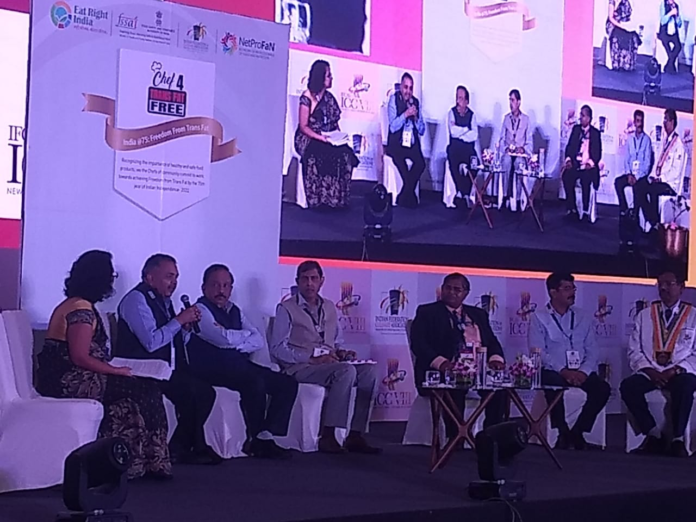 New Delhi: Dr. Harsh Vardhan, Union Minister of Health and Family Welfare formally launched the “Trans Fat Free” logo, today, at the 08th International Chefs Conference organised in Aero City, New Delhi. The movement against Trans Fats has been defined as one of the important step to accelerate the ‘Eat Right India’ movement which is led by FSSAI, under the aegis of Ministry of Health and Family Welfare.

Food establishments which use trans-fat free fats/oil and do not have industrial trans-fat more than 0.2g/100g of food, in compliance with the Food Safety and Standards (Advertising and Claims) Regulations, 2018 can display “Trans fat free” logo in their outlets and on their food products. The use of the said logo is voluntary.

In his speech, Dr. Harsh Vardhan, Hon’ble Union Minister of Health and Family Welfare mentioned that“Trans fats are the worst type of fats with known health risks. India is committed to eliminate it from the food supply and is progressing towards its objective of trans fat elimination by 2022; a year ahead of the global target by WHO. FSSAI is committed to reducing the industrially produced trans fatty acids to less than 2% by the year 2022 in a phased manner and geared up to get freedom from trans fats with the motto ‘India@75; Freedom from Trans Fats’. It is encouraging to see chefs from across the country are coming forward to support FSSAI in this cause and working towards a healthier India”. He also appreciated the bakeries for voluntarily adopting healthier cooking practices to eliminate trans fats. Dr Harsh Vardhan further mentioned that “Chefs are a very important part of our food ecosystem and with increase in eating-out pattern and growing complexities in life, chefs carry an additional responsibility of ensuring that the food served is not just safe and tasty but also healthier and sustainable to the environment”. He also congratulated FSSAI for its efforts in collectivizing various stakeholders to work cohesively and take the ‘Eat Right India’ movement forward. 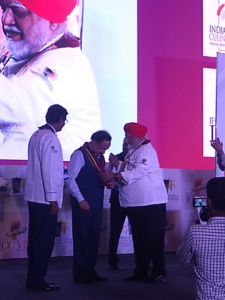 Dr Harsh Vardhan also released a slogan‘Chefs 4 Trans Fat Free’, under which more than 1,000 chefs from different parts of the country took a pledge to use trans fat free oils/fats in their recipes and work towards its elimination from diets of Indian populace at large. Dr Harsh Vardhan also felicitated several bakeries who use trans fat free fat/oils in their products or who commit to do so in the near future.

Industrial trans fats are made by adding hydrogen to liquid vegetable oils to make them more solid, and to increase the shelf life of foods. Trans fat are largely present in partially hydrogenated vegetable fats/oils, vanaspati, margarine and bakery shortenings, and can be found in baked and fried foods. Globally, industrial trans fat intake leads to more than 540,000 deaths from cardiovascular disease every year and in India the figure reaches to 60,000 number.

Shri Pawan Agarwal, CEO FSSAI said “FSSAI is committed to reducing the industrially produced trans fatty acids to less than 2% by the year 2022 in a phased manner. This is in line with our objective to get Freedom from trans fats – ‘India@75; Freedom from Trans Fats’. I am hopeful that Chefs community will work with us in achieving this goal.”

During the event, sessions were also held on FSSAI’s Hygiene Rating and Right Place to Eat Scheme which is an online, transparent scoring and rating system that aims to empower consumers with informed food choices while eating out. Chefs were encouraged to adopt this scheme PAN India to proudly showcase that they are a ‘Right Place to Eat’. Another session on the need for reducing sodium/salt content from Indian diets was also organised. High consumption of salt leads to high blood pressure, which causes heart attacks and strokes. One in six deaths in India is due to high intake of salt. The World Health Organization recommends salt intake of less than 5 grams per day (~2100 mg of sodium) for adults, while an average Indians consume more than two times (approx.11g/day) the recommended daily amount of salt (5 g/day). Chefs were encouraged to prepare recipes with less salt as it reduces the risk of heart attack and stroke even among those who do not have high blood pressure. 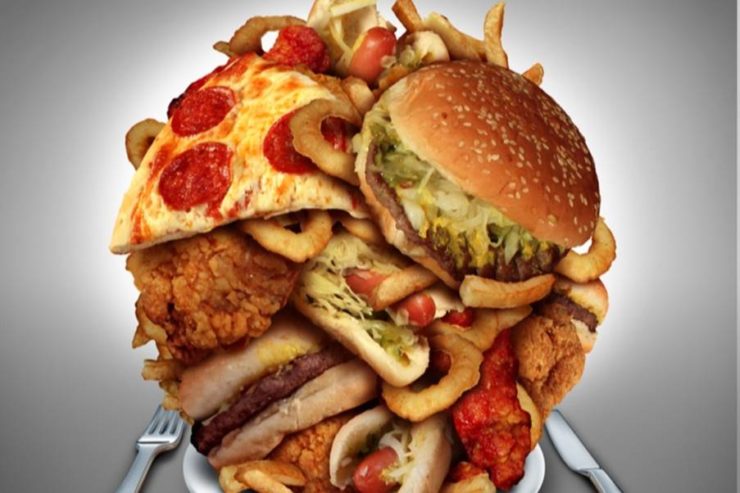 FSSAI is constantly making efforts to educate consumers about limiting the consumption of salt, sugar and fat in their diet through its campaign ‘Eat Right India’ movement. The Food Authority, in the past, has launched campaigns like ‘Aaj se Thoda Kam’ featuring National-award winning actor Shri Raj Kumar Rao to nudge consumers on limiting the consumption of foods high in fat, sugar and salt.  Additionally, FSSAI had also launched “Heart Attack Rewind”, campaign to educate consumers on the harmful effects of trans fat and reduce its acceptability in foods.  More recently, the Ace cricketer and caption of Indian Cricket team Shri Virat Kohli has joined the ‘Eat Right India’ movement to give a message to his fans with a nation-wide campaign ‘Eat Right Stay Fit, Tabhi India Super Hit’

Also present at the event were members of the food sector fraternity including the scientific community, industry and industry associations, medical and nutrition experts as well as renowned Chefs from across the globe highlighting the need to eliminate trans fats from the food supply.