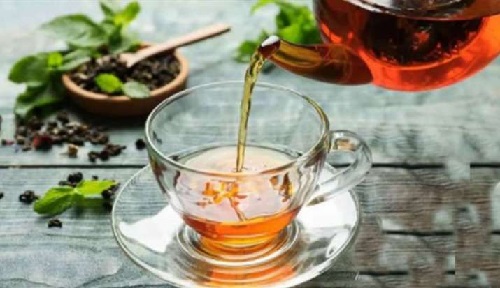 New Delhi : As the world awaits the vaccine for COVID-19, the unprecedented novel Coronavirus continues to rage on. While most lockdown restrictions have been lifted and the country has inched closer to normalcy, a plethora of information on combatting the spread of the virus, preventing potential infection, and safeguarding oneself through the consumption of certain ‘DIY Immunity Boosting Concoctions’ is making the rounds on social media. However, experts are noting a surge in side-effects amongst people who are consuming these homemade ‘kadha’s’; the issue being repeated and high dose consumption of these home remedies.

Talking about the impact of excessive consumption of homemade ‘kadha’s’, Dr Sanjay Shah, General Physician, Fortis Hospital, Mulund recalls a peculiar case, he says “in a young patient, bleeding was spotted post-operatively; upon investigating the matter and detailed assessment of his medical history, we found that the patient was consuming a homemade kadha in large quantity. This had led to internal bleeding”. Another patient was brought in to the ER with acute breathlessness, he was pale and his Hemoglobin levels were low. On investigating, it was noted that the 30-year-old patient was consuming 4-5 glasses of homemade kadha on a daily basis, for the past five months. He added that, “The patient mentioned that his stools were black in color for the last two months and that he believed that toxins were being excreted, as a result of the kadha. Hence the patient prolonged his visit to the hospital, till such time he felt excessive fatigue”.

The patient’s ill-informed risks caused internal bleeding (black colored stools were triggered by degraded Hemoglobin levels) and stomach ulcers. If not brought to the hospital in time, it could have been potentially fatal.

While individuals continue to be inundated with social media messages about homemade recipes or supplement marketers advocating Vitamins and other immunity-boosting alternatives, here’s a reminder that there is no such magic pill or potion. Most often, these homemade kadha’s are offered to everyone in the family in a bid to safeguard themselves against COVID-19, but what needs to be understood is that people react differently to it.

It is important to note that when consumed in small quantities and under the medical guidance of your physician, these ingredients are harmless.

Serious consequences are faced when there is an imbalanced intake; be safe, be aware. Speak to your physician before beginning your course of homemade kadha’s – understand the role of each ingredient and the frequency at which it is to be had; don’t be reckless with these.