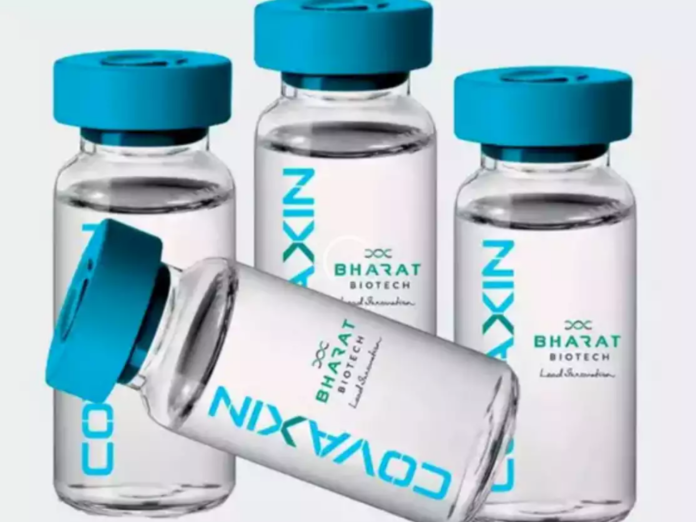 The mismatch between reported production numbers of Covid vaccines in India and the level of daily vaccination seems particularly acute in the case of Covaxin. Official data shows 2.1 crore doses of Bharat Biotech’s vaccine had been administered across the country till Thursday morning.

Putting together statements from the company and the Centre indicate at least 6 crore doses should have been available for use in India. So where’s the missing two-thirds?

Hyderabad-based Bharat Biotech refused to comment despite repeated attempts. Now consider the production numbers. Krishna Ella, the company’s CMD, went on record on April 20 to say that 15 million doses had been produced in March and April would end with the month’s output at 20 million doses. He also said the production in May would be 30 million or 3 crore, but let’s assume the planned scaling up didn’t happen. That would still mean 35 million doses in March and April and the best part of another 20 million in May.
The Centre too has, in at least two separate affidavits, one in the Supreme Court and another in the Kerala HC as recently as May 24, stated Covaxin production is at 2 crore doses a month. All of this taken together suggests an output of close to 5.5 crore doses close to the end of May.

India exported nearly 6.6 crore vaccine doses
Further, Krishna Ella, Bharat Biotech’s CMD, said on January 5 before the vaccination drive had even begun that the company had stockpiled 20 million dos es of the vaccine. That takes the total to 7.5 crore. Add pro duction in January and Feb ruary, which was at a much lower level than in March April, and you get to some where around 8 crore doses.
Of course, some of this may have been exported when the country was indulging in vaccine diplomacy. But all of India’s vaccine exports put to gether are about 6.6 crore doses. The bulk of this has been Covishield. Even if we assu me that 2 crore were Covaxin, a most unlikely scenario, the re should have been 6 crore doses available for use in In dia by this time. So, what ex plains only 2.1 crore being used? Several states have complained of shortages of Covaxin in particular. In Del hi, for instance, the govern ment had to shut down cen tres administering Covaxin this week even for those wait ing for a second shot.
The data shows that the ex tent to which different states have utilised Covaxin varies significantly. In Delhi, Covax in had a share of nearly 31%, much higher than in any oth er state/UT.

As many as14 of the smaller states and UTs have not administered a sin gle dose of Covaxin and in five others the shot accounted for under 5% of the total. 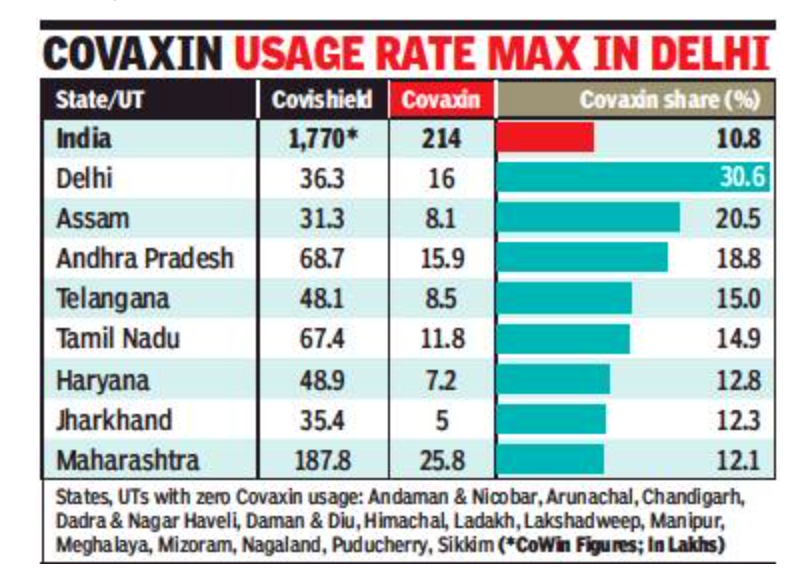