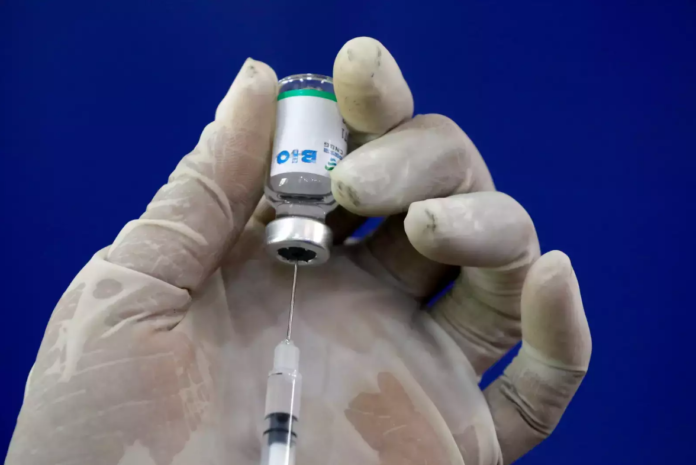 A new study shows that the wrong injection technique could be one of the reasons behind clotting following inoculation by adenovirus-based Covid vaccines, which include AstraZeneca, J&J and Sputnik jabs. The incorrect technique could lead to the injection accidentally being given into a blood vessel rather than the muscle.

A study done on mice by clinician scientists in Munich University in Germany and a research institute in Italy found this very rare complication of the adenovirus vaccine could be happening due to the vaccine being injected into the blood stream. The preprint posted on bioRxiv.org earlier this week stated that the study highlighted accidental intravenous injection as a potential mechanism for post-vaccination thrombotic thrombocytopenic syndrome (TTS) also called vaccine-induced immune thrombotic thrombocytopenia (VITT).

“If the tip of the needle doesn’t reach deep enough in the muscle or if it hits a blood vessel, the vaccine can be directly injected into the bloodstream. This can happen when the skin is pinched up by an inadequately trained health worker. Intra muscular injections are meant to be given without pinching up skin, so that the needle tip reaches the muscle. When the skin is pinched up, the needle tip reaches only the subcutaneous tissue. When that happens, not only is the vaccine not absorbed properly, but rarely it can hit one of the blood vessels that travel through the layer located between skin and muscle which contains a network of blood vessels,” explained Dr Rajeev Jayadevan, a member of IMA’s National Task force for Coronavirus.

Following a study in Denmark, Jayadevan had warned in early April of the possibility of faulty injection technique being responsible for some of the rare clotting seen after Covid vaccination. He said people have stopped aspirating or pulling back the plunger of the syringe to check if they hit a blood vessel while giving intra muscular injections. “Aspiration was standard practice during my training days,” he added.

The study showed what effects the shot can have in the bloodstream. It cannot be tried out on humans and so was done on mice. When given intra muscularly, it stays localised. When injected into the bloodstream it gets transported to different parts of the body and clots can form anywhere. Clot-formation has been acknowledged as clearly associated, though not commonly associated, with the jab.