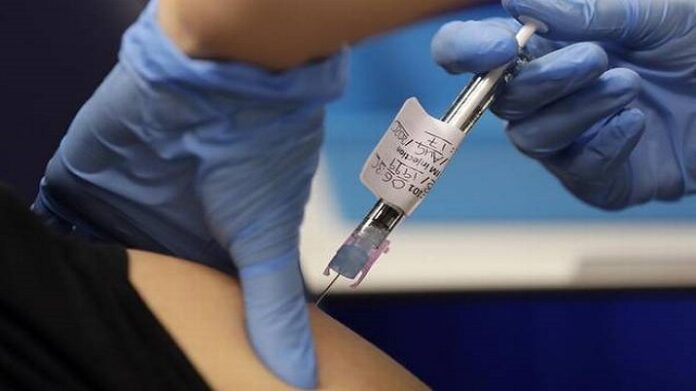 New Delhi: The Delta variant of coronavirus is eight times less sensitive to antibodies generated by vaccines as compared to the original strain that came from China’s Wuhan, according to a new study.

The study, which was conducted on more than 100 healthcare workers (HCWs) at three centres in India including Sir Ganga Ram Hospital (SGRH) here, found that the B.1.617.2 Delta variant not only dominates vaccine-breakthrough infections with higher respiratory viral loads compared to non-Delta infections (Ct value of 16.5 versus 19) but also generates greater transmission among the fully vaccinated HCWs.

The collaborative study, “Sars-Cov-2 B.1.617.2 Delta Variant Emergence and Vaccine Breakthrough: Collaborative Study”, from India with scientists from Cambridge Institute of Therapeutic Immunology and Infectious Disease is yet to be peer-reviewed.

It revealed that in vitro, the Delta variant is approximately eight-fold less sensitive to vaccine-elicited antibodies compared to Wuhan-1. “Across all scenarios considered, our results suggest the Delta variant is both more transmissible and better able to evade prior immunity elicited by the previous infection compared to previously circulating lineages,” the findings of the study read.

Dr. Chand Wattal, chairperson of the Institute of Clinical Microbiology and Immunology, SGRH, said, “From this study, it appears that we have miles to go before we sleep in case of Covid-19 pandemics. These mutations are bound to happen if we lower our guard and allow ourselves to fall prey to this virus, giving it an opportunity to multiply.”

“This is a straight eye-opener to the fully vaccinated people that you cannot lower guard in the name of vaccination. The virus is on the prowl, still looking for its prey.

This mutant has come back with enhanced spike proteins for attachment to the lung epithelial cells which have provided it with a much higher capacity to infect many more people than the Wuhan strain,” he said.

These combined epidemiological and in vitro data indicate that the dominance of the Delta variant in India has been most likely driven by a combination of evasion of neutralising antibodies in previously infected individuals and increased virus infectivity resulting in the second wave, the study said.

Severe disease in fully vaccinated HCWs was rare. However, breakthrough transmission clusters in hospitals associated with the Delta variant are concerning and indicate that infection control measures need to continue in the post-vaccination era, it said.

Based on recent data and the dominance of new infections by this variant, the B.1.167.2 Delta variant appears more transmissible than B.1.1.7 in the UK, it added.

“In the absence of published data on the transmissibility of the Delta variant, we predict that this variant will have a transmission advantage relative to Wuhan-1 with D614G in individuals with pre-existing immunity from vaccine/natural infection as well as in settings where there is low vaccine coverage and low prior exposure,” the study stated. PTI