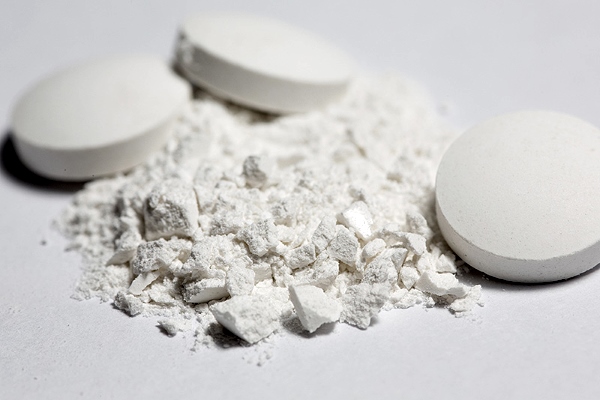 Scientists from the King’s College London in collaboration with Dubai Police and Applied DNA Sciences who supplied DNA tags conducted a study and found DNA tags that were mixed to excipients during the production of tablets remain stable and can be used for authentication – even after months of challenging environmental conditions.

This research is thought to be the first to test adding DNA markers directly into a powder excipient mix. The researchers made use of standard pharmaceutical processing equipment to manufacture the 400mg lactose tablets and noticed that the physical properties of the resulting pills – such as their hardness, uniformity, and tendency to chip or crumble on compression – stayed unaffected by the DNA tags.

In their research, they found even after they were subjected to six months of high temperature and relative humidity – 40 degrees C and 75 percent respectively – to enhance the conditions that tablets can face when being shipped and stored in some areas of the globe.

Researchers found DNA tags gave some proof of denaturing over the course of the study but were still able to be detected using Applied DNA’s SigNify qPCR lab instrument at the end of the storage period. They were also found to be distributed evenly throughout the tablet.

They found with the use of DNA tags, pharma companies could check whether a suspect medicine is genuine or falsified, even if it is discovered as a loose tablet without any packaging. It’s very easy to detect DNA tags by crushing or simply swabbing the surface of a tablet, which means that unlike other PCIDs such as inks, pigments, and molecular taggants the testing doesn’t involve destroying the pill, leaving it intact for further investigation.

International Journal of Pharmaceutics published that in which authors shared that The DNA molecular tags, and the processing technology investigated, produced traceable tablets that could withstand accelerated … storage conditions.

The study results proved that DNA molecular tags could feasibly be applied within the pharmaceutical development cycle when a new medicine is brought to the market so as to mitigate the risk and dangers of counterfeiting.

Current efforts to guard against counterfeit medicines often focus on adding serial numbers and authentication features to the secondary packaging which – while clearly providing a substantial improvement in patient safety – do not guarantee the authenticity of the medicines within.

Substandard tablets are sometimes sold without packaging, like when opioid analgesics are diverted for misuse or sub-standard versions are sold to drug users or – likely less commonly – when fake drugs are inserted into genuine packaging.

The DNA tags also meet US FDA guidance finalized in 2011 on physical-chemical identifiers (PCID). PCID considered as a substance or combination of substances possessing a unique physical or chemical property that can be used to identify and authenticate a drug product or dosage. Companies working in the area of on-dose authentication of oral medicines include Authentix, Colorcon, InfraTrac and TruTag, amongst others.