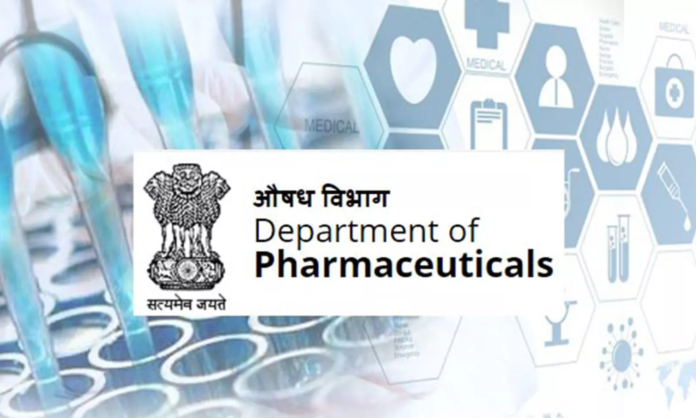 New Delhi : In pursuant to its efforts to identify pharma companies which can produce fermentation-based bulk drugs in the country, the Department of Pharmaceuticals (DoP) has further extended the timeline for the industry to submit applications for the production linked incentive (PLI) scheme.

DoP, on January 27, 2022, issued a notice inviting application from the industries under the PLI scheme for promotion of domestic manufacturing of critical key starting materials (KSMs)/drug intermediates and active pharmaceuticals ingredients (APIs) in third round, to fill the left over slots in the scheme, see long the applications to be submitted in 45 days. Upon completion of the stipulated timeline, the DoP in a notice on March 13, extended the timeline for another 18 days, till March 31, 2022.

With no much interest turning up till the time, the Department has now issued a notice extending the timeline for another month, till April 30, 2022.

According to industry experts, the investment in fermentation-based products is much higher compared to chemical synthesis and hardly a dozen top Indian companies are capable enough to venture into manufacturing fermentation products.

There is also lack of technology, availability of uninterrupted power at lower rates and water supply, among others are required for the industry to take up such projects. The government has to interact with the industry and do the analysis or even consider joint ventures with fermentation-based companies internationally to bring in such capabilities to the country, they said.

The response from the industry has not been to the expectations in the past, as the fermentation-based bulk drug manufacturing needs more assurances and support from the government than what has been offered, including in terms of the cheaper imports from China.

While the plans were to approve applications for a total outlay of Rs. 6,940 crore, for the period of ten years from 2020-21, in two rounds it could only gather committed investment to the tune of around Rs. 4,500 crore.

Even as India has the third largest pharmaceutical industry in the world by volume, with market presence in advanced economies such as the US and European Union, the country is significantly dependent on the import of basic raw materials, that is bulk drugs that are used to produce medicines. In some specific bulk drugs, the import dependence is 80-100 per cent and the government in 2020, decided to launch the PLI scheme to attain self-reliance and reduce import dependence in these critical bulk drugs.

The PLI scheme is aimed at promotion of domestic manufacturing of these bulk drugs by setting up greenfield plants with minimum domestic value addition in four different target segment (in two fermentation based – at least 90 per cent and in two chemical synthesis based – at least 70 per cent) for 41 products with a total outlay of Rs. 6,940 crore, for the period of 2020-21 to 2029-30.

The DoP has issued guidelines for the PLI scheme for these drugs for the first time on October 29, 2020 and applications received in two rounds have already been appraised and selected. For the initial round, the government has received 215 applications for the 36 products spread across the four target segments, out of which 42 applications were approved by the government with a total committed investment of Rs. 4,347.26 crore and expected employment generation of around 8,792 persons.

Since a few slots remained unfilled for certain products, a second round of applications were invited with the last date of submission as August 31, 2021 and a total of 24 applications were received. The empowered committee on November 25, selected eight companies to set up plants with a committed investment of around Rs. 151.12 crore, and employment generation of around 1,951 persons. The commercial production of these plants are projected to commence from April 1, 2023 onwards.

The total applications approved under both rounds aggregate to 50 applicants with committed investment of Rs. 4,498.38 crore and employment generation of about 10,743 persons.