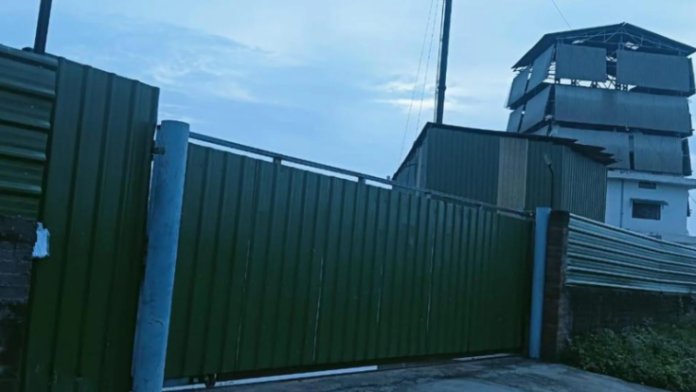 Ambala : Based on a tip-off from its Hyderabad Zonal Unit, a team of the Directorate of Revenue Intelligence (DRI) seized 661.75 kg of Ephedrine in wet form, carrying a market value of ₹132.35 crore and raw material of the same drug valued at ₹53 lakh, from a factory in Yamunanagar’s Radaur sub-division on Monday.

In a raid said to be carried out over the weekend, the team arrested Mohammad Azam, 51, and Wafadar Gajanfar Hussain, 53, from a hotel in Kurukshetra’s Ladwa.

The DRI claimed that both are chemical traders from Mumbai, who were sent to judicial custody after they were presented before a court in Yamunanagar.

The department told the court that the duo had hatched a conspiracy with Raju, alias Santosh Singh from Lucknow, and four partners of M/S Shree Murlidhar Industries at Bapoli village — Mohit Sawhney, Shyamlal Goyal, Vijay Sharma and Rajan Sondhi for manufacturing of ephedrine at the unit.

“Ephedrine is a controlled substance listed under Schedule A of the Narcotics Drugs and Psychotropic Substances (Regulation of Controlled Substances) order, 2013, and for manufacturing, trading, selling, storage, and possession of controlled substances. The required No Objections Certificate, manufacturing licence or certificate, are not available which are mandatory from the Zonal Director of the NCB. Therefore, it appears that the above named persons contravened various Sections of the NDPS Act,” the agency told the court.

Medical experts said that the sale of ephedrine is banned in India, but it is popularly used to treat asthma or bronchitis in foreign countries.

Here, the agency claimed that about 7 MTs of various types of raw materials was procured using fake invoices to manufacture 500-600 kg of ephedrine or pseudoephedrine or mephodrone, all psychoactive substances.

It is being alleged that the manufacturing started on July 22 and was expected to be completed in 6 days in two batches, wherein, the DRI claims that Azam supplied the bulk of the raw material from Mumbai with his friend Wafadar and they would be taking a share of the output.

“The total movement was done using fake invoices. Wafadar is one of the financiers and a mediator between Azam, Raju and the partners of the factory. Raju knew the process of manufacturing and brought his men along with him to work here. For utilising the resources, he was asked to pay ₹10 lakh to the partners,” it said.

After the Mumbai men were arrested, they joined the searches at the unit that is said to have been lying defunct and was taken on lease allegedly by the partners, who were involved with Wafadar to arrange logistics for it.

Searches were also carried out at the residences of Vijay Sharma in Jagadhri with a CGST team and documents were seized, but he was not found at his home, while the residence of Mohit Sawhney in the town was found locked.