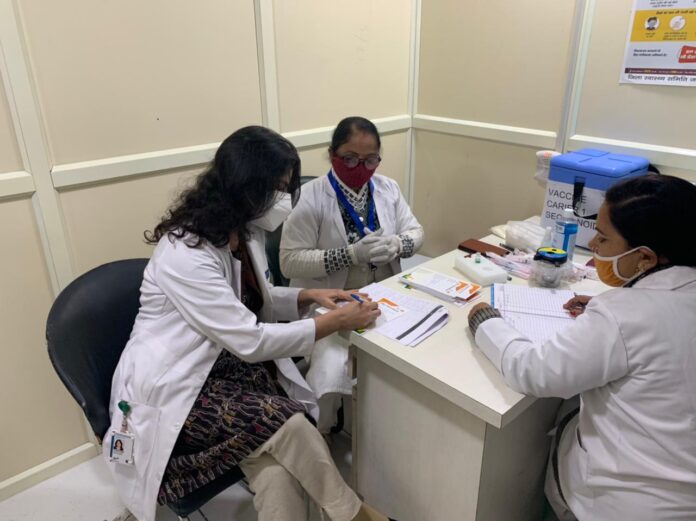 Noida : Enthusiasm was palpable in Apollo Hospital @ Noida for Covishield jabs which began on January 28. There was no trace of initial apprehension, hesitation and fear of unknown among doctors, Nurses and other frontline health workers. Doctors inspiring them from the front contributed greatly to their confidence. Around 200 of them got Covishield shotss on day one of the drive.

Dr. Rahul Gupta of the hospital was bubbling with enthusiasm. He insisted to be the first to get the jab of Covishield. He was also cajoling others in the queue for vaccination by making them laugh. He being the first instilled in them a measure of confidence. The vaccination began at 9 am and lasted till 5.

Dr. Juhi Chandra who had just got the jab was in the waiting period for seeing adverse event if any. She said she was feeling quite good after the jab and had no apprehension at all. Dr. Saurabh Vashisht was also sure there was nothing to worry about. Nurses Jyothi 35 and Sheeja 32 were also waiting for their turn and were not worrying at all. 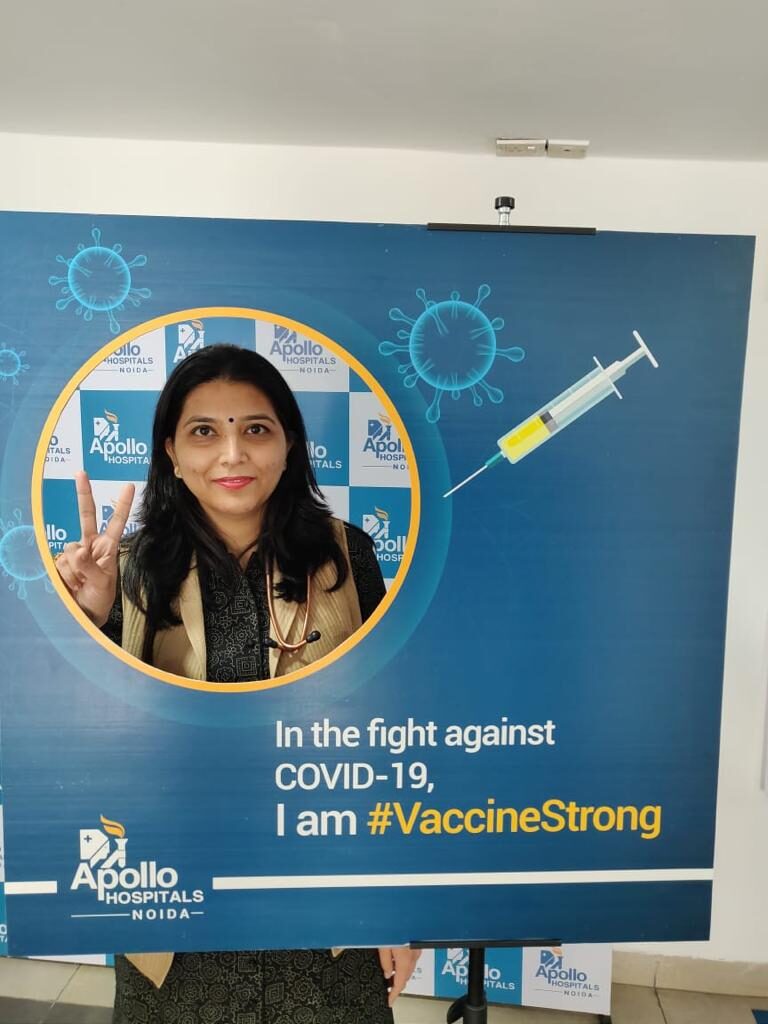 Dr. Saurabh Gupta, Deputy Medical Superintendent of the hospital said the fear about the safety and efficacy of Covishield has turned totally ill founded. The message emanating from vaccination of front line workers will go a long way to assure people in general about vaccine being harmless and protective. Raj Raina, unit head of the hospital, claimed that no adverse event surfaced on day one of the drive. He also said all precautions and principles of vaccination are being observed.

In the mean time, Union Health Ministry claimed in a press conference on January 26 that number of people who received the shots crossed 28 lakh till Thursday 7 PM. In the beginning some death events after vaccination raised a question about the safety of vaccines but with the passage of time and doctors coming in droves for shots have restored the faith of front line health workers.