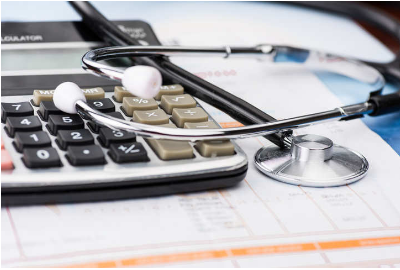 NEW DELHI: The government has introduced tough penal provisions for delay in settlement of insurance claims under its ambitious Ayushman Bharat National Health Protection Scheme (NHPS). Insurance companies may have to pay a hefty penalty as interest to hospitals for delay in payment under the scheme.

According to the model tender document, if claim payment is delayed beyond 15 days, insurance companies will pay a penalty of 1% interest on the claimed amount per week. This will be paid directly by the insurer to the hospital. In case of inter-state claims or portability of benefits, the penalty will become due after 30 days.

Similar penal provisions are also applicable to state health agencies and even on the Centre if they fail to deposit their share of premium to the escrow account or release payments to insurers on time.

The health insurance scheme, popularly known as Modicare, aims to cover nearly 50 crore beneficiaries from over 10.74 crore “deprived” families as per the socio-economic and caste census (SECC) data with an annual health cover of Rs 5 lakh per family per year.

Timely payments have been a major area of concern for healthcare providers. In order to streamline the payment mechanism and avoid delays similar to the Central Government Health Scheme (CGHS), the government has fixed specific time-lines for releasing payments against claims made under the scheme.

While a hospital can complain to the state health agency if payments are not made on time, the scheme also has a grievance redressal mechanism for insurers if timely payments are not released to them.

Apart from the payment mechanism, the model tender document also details the procedures and packages covered under the scheme as well as those which are not covered and the ones which require pre-authorisation.

For instance, dental procedures, congenital external diseases, vaccinations and fertility-related procedures, along with any ailment or condition that can be treated under outpatient care or OPD will not be covered under the government-run insurance scheme. The scheme will also not cover a person who has attempted suicide or self injury.