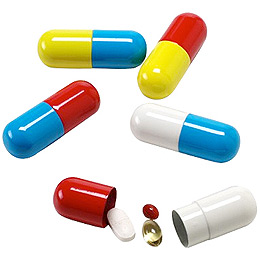 New Delhi : The government is considering a databank for all medicine brands to prevent pharmaceutical companies from using the same or similar looking and sounding brand names for drugs, especially those used to treat different conditions, senior officials close to the development said.

The Drugs Technical Advisory Board (DTAB), the country’s highest drug advisory body, will discuss a mechanism to this effect at its meeting on Thursday because the problem is extensive and spread across the country, they told ET.

A 2013 study published in the Indian Journal of Clinical Practice had found that more than 10,000 medicine brands in India were either similar looking or similar sounding.

What is even more alarming, an industry insider said, is that in some instances, the same brand name has even been used to market formulations used to treat different conditions altogether. For instance, the brand ‘Medzole’ has been used to market at least four different kinds of medications, including an antifungal, an antibiotic and a medication for stomach acid problems.

“This is dangerous, because the patient might accidentally be taking a medicine that they are not supposed to be consuming and which could cause unwanted side effects or health problems for them,” the person told ET on condition of anonymity.

Another senior official said there is a high possibility that medicines for different medical conditions are sold with the same or similar brand names without the government’s knowledge.