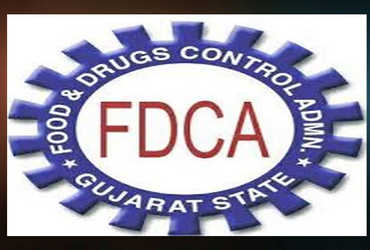 Mumbai : The Gujarat Food and Drug Control Administration (FDCA) has referred a total of 519 cases of ceiling price violations to the National Pharmaceutical Pricing Authority (NPPA) from the period starting January 1, 2020 until December 31, 2020.

It had referred 202 cases of ceiling price violations alone during the lockdown period of March, April and May through its Price Monitoring and Research Unit (PMRU) at the state FDCA headquarters in Gandhinagar.

“At present NPPA is reviewing cases of violations and working on details of the amount to be recovered from the offending companies,” informed Gujarat FDCA Commissioner Dr H G Koshia.

The state drug regulator had kick-started PMRU operations across all the 33 districts of the state from October 1, 2019 onwards to track price violations by the pharma companies as part of NPPA policy to keep an oversight on pharmaceutical companies for any kind of drug price violation.

“We recently recruited one field investigator to fill in the vacant post. There is a team of three field investigators which is led by a project co-ordinator having a Pharm D qualification supported by an information technology (IT) division to bring in insights about price violations in the state in real time,” Dr Koshia further added.

Gujarat, Maharashtra, Karnataka, Andhra Pradesh are among the states which fall under the category of A states. NPPA has categorised the states based on three categories, i.e. based on maximum, minimum and least number of pharma companies in the state for better division of work.

NPPA had in 2016 proposed a plan to set up a ceiling price violation cell in each state to take action for any contravention to the provisions of Drug Price Control Order (DPCO-2013).

As per a notification, NPPA had proposed to set up PMRUs in states and Union territories (UTs) to support state drug controllers and through initiating a Central scheme of assistance at state level and UTs.

A total of 21 states had given their consent for the formation of the PMRU in the past two years. These were Assam, Gujarat, Haryana, Maharashtra, Manipur, Odisha, Punjab, Tripura, Mizoram, Rajasthan, Chhattisgarh, Bihar, Nagaland, Goa, Delhi, Tamil Nadu, Madhya Pradesh, Uttarakhand, Puducherry, Andhra Pradesh and Kerala.

The NPPA has only an office in the national capital with no state level branches. The PMRUs were conceptualised to resolve this problem and the draft was announced way back in 2015.

“Each unit will function under the direct supervision of the state drug controller (SDC). PMRUs will be the key collaborating partners of NPPA, with information-gathering mechanism at the grassroots level. PMRUs will also ensure that the benefits of DPCO percolate down to the grassroots level. The central funding will be for an initial period of five years subject to a mid-term review,” the notification stated.

As per NPPA policy, PMRU shall be funded by NPPA for its recurring and non-recurring expenses. The PMRU shall help NPPA and SDC in ensuring availability and accessibility of medicines at affordable prices.

PMRU will also collect samples of medicines, collect and analyse data and make reports with respect to availability and over-pricing of medicines for taking action under the provisions of Drug Price Control Order (DPCO-2013).