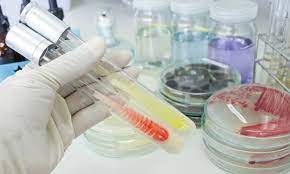 It generally takes two-week time for testing of remdesivir injection samples but the Vadodara based rapid microbiological lab brought down the turnaround time for drug testing from 14 days to just 3 hours.

According to Gujarat FDCA Commissioner Dr HG Koshia, “Each batch comprises around 20,000 injections which need to be tested for efficacy and safety at the rapid microbiological testing lab for final distribution. During the sudden surge of the second wave of Covid-19 in the past few months, the rapid microbiological testing lab has come as a savior by timely analysis of life-saving Covid-19 drug remdesivir in a record turnaround time of just 3 hours instead of 14 days.”

Estimated to have been completed at a cost of around Rs.4.5 crore, the laboratory which is housed at Food and Drug Testing Lab (FDL), Vadodara, is India’s largest drug testing lab and also has the distinction of being Asia’s first government rapid microbiological testing lab.

The proposed draft Rapid Microbiological Methods (RMM) would enable faster laboratory testing of the drug(s) thereby making them accessible to the patients at the earliest without compromising the quality of the product. This approach would be in line with the provisions of the ‘Alternative Methods’ already given in the General Notices of the IP (Volume I, Page 12) wherein it is mentioned that automated procedures utilising the same basic chemistry as the test procedures given in the monograph may also be used to determine compliance.

The lab is fully equipped to check contamination in medicines imported and exported as per global regulatory requirements. The lab project has been implemented with the support of French company BioMérieux by Gujarat Medical Services Corporation Ltd (GMSCL) in collaboration with Gujarat FDCA.