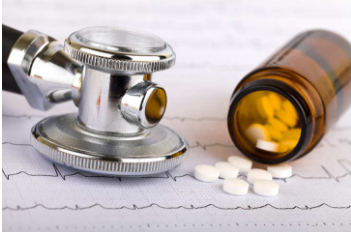 New Delhi: The Union Health Ministry has invited suggestions for renaming the country’s drug regulator CDSCO in line with its expanded roles. In a public notice issued Thursday, the Central Drugs Standard Control Organisation (CDSCO) said its name was given keeping its role when it was created, but the present nomenclature was not reflecting its roles and responsibilities.

The notice said the role of CDSCO has expanded to several areas, including regulation of new drugs, vaccines and clinical trials, all imports pertaining to drugs, medical devices and cosmetics, Central Licensing Approval Authority for blood banks and vaccines, setting of standards under the Drugs and Cosmetics Act, 1940, among others.

The Drugs Technical Advisory Board (DTAB) in its 75th meeting held on January 3, 2017 had recommended renaming CDSCO as Indian Drugs Administration, the notice said, adding other name suggestions include Indian Medical Products Administration.

“In view of the above, it was decided to rename CDSCO and also have a new logo of its own. The new name should reflect the current role and encompass the areas administered by it.

“All the stakeholders are requested to send their suggestions/comments on the new name and the design,” the notice to various stakeholders, state drug controllers, pharma associations, said.

The ministry added that the suggestions should be submitted within two weeks from the date of the notice.