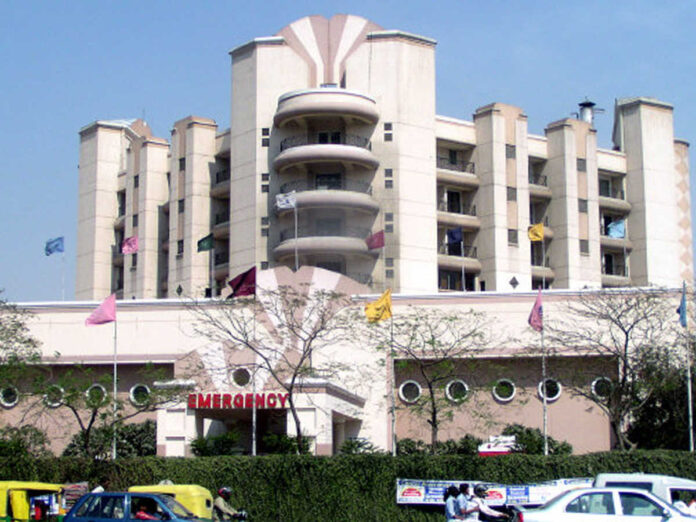 New Delhi: Recently, a 72-year-old lady from Faridabad suffered a massive heart attack leading to rupture of the heart wall after ignoring acute heart burn for over 12 hours. Owing to the fear of visiting a hospital and contracting COVID 19, she decided to pursue with her current state of health in spite of suffering from discomfort in her chest. Her condition deteriorated within hours and after suffering throughout the night she was referred to Indraprastha Apollo Hospitals by a local doctor.

As the world grapples with the fear of contracting the Covid 19, patients with cardiac ailments are taking a toll.  They have been postponing their hospital visits for their routine medical examinations ever since the COVID-19 pandemic began. Several factors have contributed to an upsurge in patients suffering from heart attacks during the lockdown, primarily, lack of activity, increased consumption of tobacco and alcohol, decreased doctor consultations, Self-medication amongst others.

Dr Mukesh Goel, Senior Consultant, Cardio-Thoracic & Vascular Surgery, Indraprastha Apollo Hospitals, said, “While there are fewer acute heart attack cases being admitted to hospital emergency units, there is a marked increase in deaths from cardiac arrest at home, probably due to the postponement and delay by patients in seeking medical attention. Unlike previous years, this year we have seen a remarkable decline in people with cardiac ailments voluntarily planning their elective cardiac procedures and also following schedules of their routine checkups.

On 20th June, she was admitted to Apollo in a state of cardiogenic shock and after evaluation it was identified that she had had a massive heart attack causing rupture in the wall of her heart separating the two chambers. This hasled to severe lung congestion, low urine output leading to a progressive kidney failure. Her condition was stabilized by putting her on temporary cardiac support for three days after which she underwent a successful five hour procedure of surgical repair of the rupture along with a heart bypass.Had the patient come in for timely medical intervention as soon as she developed chest discomfort, she would not have required to undergo such a complex procedure.

In cases of acute heart attacks,approximately 3% patients suffer from a rupture in the heart (VSR- ventricular septum rupture), this usually happens in cases of delayed diagnosis and treatment. This condition is associated with very high death rate if surgical repair/ intervention is not done on time. Many patients who suffer with this condition also have to go through a total artificial heart implant.

In an another similar case, a team of doctors led by Dr Mukesh Goel, Senior cardiothoracic surgeon and Dr Rajiv Kumar Rajput, senior cardiologist of Indraprastha Apollo Hospital successfully performed a complicated surgery on a 59 year old man with a Left ventricular Aneurysm (an abnormal ballooned out swelling which develops in approximately 1 to 2% patients who suffer a major heart attack.) The patient has been suffering from heart related ailments from the past six months and was delaying his treatment owing to fear of covid. A CPR survivor, delay in appropriate treatment had made his condition life threatening as he also suffered from multiple co –morbidities like asthma, hypertension and very low heart function.

COVID 19 though a highly contagious infection has a mortality rate of only 2% worldwide that too in cases confirmed with RT-PCR or Rapid Antigen test. If we take into account the results of sero survey, mortality might be only 0.15%. While the death rate in an untreated heart related ailment is more than30%. It is, therefore, important to emphasize that heart patients must not ignore any deterioration in symptoms and/or delay medical attention to avoid any further health complications.