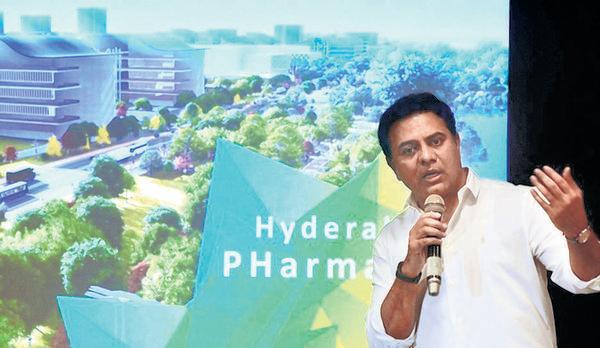 Hyderabad big project of pharma city is not yet started as because of poor compensation, landowners are very upset. Land acquisition process is just get started and government receiving complaints from the farmers for inadequate compensation.

Farmers also expressed their concerns over the environmental viability and side-effects of the pollution on the lives of people surrounding the project. Pharma City project was announced by the Telangana state government in the year,2015 with an objective to increase existing pharma base and provide world standard infrastructure facilities. The government also want to move industries outskirts to save people from the pollution and regarding pharma city, during a public hearing at the project site help by the government stated benefits of the projects. This hearing was made to know the pulse of the people’s.

This project will give the much-needed growth for the state’s industries. During the hearing, locals were allowed to share their concerns, queries, and doubts regarding the project. Overall the people are in favor of the pharma city project but some people had expressed their doubts about the environment changes and local living people life.

K.T. Rama Rao said that he is very excited about the project and after addressing these hurdles will get environmental clearance. He wants it to start as soon as possible to benefit the state. Villagers who sold their lands complained that they do not get right compensation for their properties.

Out of the acquired 19,000 acres, the government gets possession only 7000 acres until now. This project will definitely work as a big booster for the Pharmaceutical sector of Telangana.

Every big movement needs to cross hurdles and it will definitely get complete benefits to all of us.