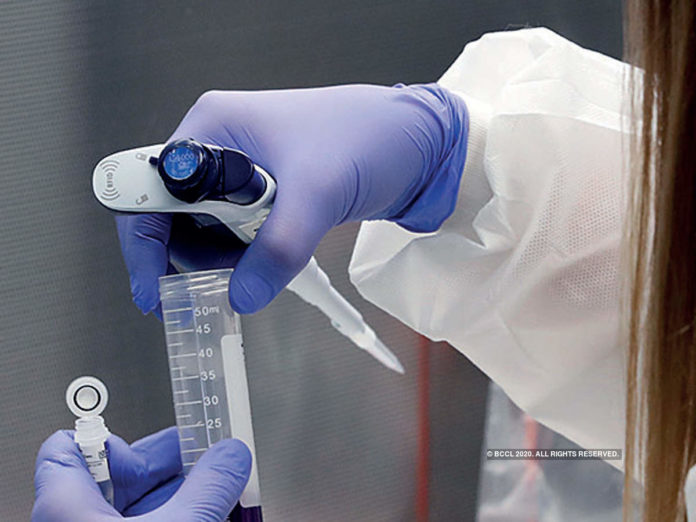 MUMBAI: The Indian Council of Medical Research (ICMR) has disbanded a committee tasked with research for developing a vaccine and drugs to deal with the Covid-19 pandemic, a member of the panel said. No reason was given for the decision by country’s top health body.

The panel was constituted on April 6 and had looked at 100 vaccine candidates and was in the process of identifying new areas of drug and vaccine development.
Debashis Mitra of the National Centre for Cell Science, who was one of the nine members on the committee said, “We got a mail from the chairman (of ICMR) in this regard a few days ago. The panel had met three times in a span of 10 days. However, after the third meeting, the committee was dissolved; we were told that the Department of Biotechnology (DBT) will now look into this.”

The ICMR had formed a task force with five groups on April 6, . These were in the areas of clinical research, research on diagnostics and bio-markers, epidemiology and surveillance, operations research and vaccines/drug research and development. In February, the DBT had formed a group to look at drugs and vaccines research for Covid-19 and had called for proposals from companies.