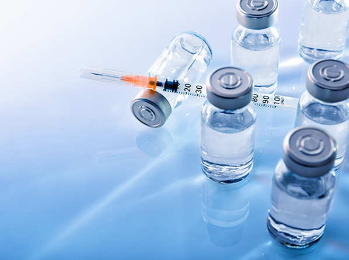 He was in the city to speak at a workshop with Sanjay Gandhi Post Graduate Institute of Medical Sciences faculty and staff on safety-engineered syringes. Organised by SGPGI’s gastroentrology department, which is also WHO Collaborating Centre for Viral Hepatitis, the workshop aimed at creating awareness on the issue of hepatitis.

To note, RUP is a kind of safety engineered syringe which becomes redundant after one use. It is better than the prevalent disposable injections which can be re-used easily if not disposed correctly. Reuse of such syringes is associated with a number of diseases including hepatitis and HIV among others.

“Use of unsafe syringes is a major risk factor for hepatitis B and C. The switch from so-called disposable syringes will help in bringing down prevalence of hepatitis B and C by 30-35%,” added Dr Lahariya. This is crucial considering that about 1.34 crore Indians suffer with hepatitis-C infection while an equal number carry hepatitis B.

Unsafe use of injections is associated with a number of other diseases ranging from simple absys to HIV. In 2002-03, Indian government got a survey on usage of injections done. The only survey of its kind revealed that two-third of the syringes being used in India was unsafe. Experts believe that proportion of unsafe injections could have come down following adoption of auto-disable syringes in the national routine immunisation programme.

But the extent of the problem still remains big as (according to 2002 study) average usage of syringes per person per year in India is 2.9. This translates into use of 350 – 400 crore injections in the country. “The disease burden of problems like hepatitis and HIV stand self-explained considering that 50-65% of the injections are unsafe,” said Dr Amit Goel, associated professor, gastroentrology, SGPGI.
Senior faculty, gastroentrology, SGPGI, Prof Rakesh Aggarwal stated that in wake of these current scenario, investment in prevention of viral hepatitis by promotion of safety engineered syringes is public interest. “Investment in prevention of a disease is always much lower than the amount that goes in treatment and rehabilitation,” he said.

Besides causing viral hepatitis, use of unsafe syringes was associated with transmission of HIV. As per WHO, 33,877 persons contracted HIV because of unsafe injections across the world every year. In February last, indiscriminate use of a single injection in many persons by a quack in Unnao was associated with diagnosis of HIV positive in 45 persons in a village. But while Punjab has already adopted RUP syringes, UP is yet to start. On Thursday in fact, officials from UP’s National Health Mission skipped the crucial policy orientation event. “As for now, Punjab and Andhra Pradesh are the only Indian states to have begun the process of discarding the disposable syringes. But other states, particularly Uttar Pradesh join, India cannot achieve the target,” he said.