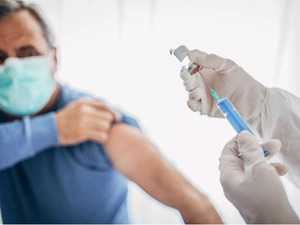 Indian vaccines should be used as booster shots without delay to combat the Omicron variant, public health experts said, instead of waiting for mRNA-based ones that are currently not available in the country.

This comes even as the government’s advisory group on Covid-19 is awaiting data from the National Institute of Virology (NIV), Pune before it considers recommending booster doses.

Experts said mRNA vaccines work best as boosters against Covid-19, but in the absence of these, people who have received Serum Institute of India (SII)’s Covishield should get Bharat Biotech’s Covaxin as a booster shot, while protein sub-unit vaccines like Corbevax – developed by Biological E – and Covovax – produced in India by SII under license from US-based Novavax – will work better for those who have received Covaxin.

mRNA, or Messenger RNA, vaccines – such as those developed by French vaccine maker Moderna – teach cells to make a protein, or a part of it, to trigger an immune response.

According to a recent study published in medical journal Lancet, the protection offered by the Oxford-Astra Zeneca Covid-19 vaccine (made in India by SII) declines three months after a person receives two doses.

The demand for booster doses has intensified after doctors and public health experts expressed concern over waning immunity and the growing evidence that boosters can help mitigate the debilitating effects of newer strains such as Omicron, first identified in South Africa last month which is rapidly spreading across the globe.