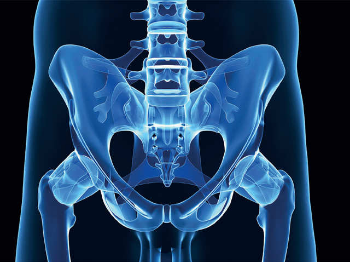 Nearly a decade after Johnson & Johnson’s subsidiary recalled its ‘ASR’ hip implants globally due to many patients requiring remedial surgeries, the Indian government wants the company to compensate local patients. J&J has already paid $2.5 billion in settlements in the US, while Indian victims may receive a minimum payout of Rs 20 lakh each after an arduous struggle for justice. ET traces the timeline of this controversy that has sparked fresh debates.

Joint Pain: How it intensified over the years
2003: J&J subsidiary DePuy Orthopaedics begins marketing ASR Hip Resurfacing System only outside the US

DEC 2009: DePuy removes products from Australia upon its regulator’s intervention (J&J spokesperson claims it decided to discontinue the systems due to declining demand)

DEC 2011: CDSCO asks DePuy for details of patients paid compensation again. DePuy says information is confi dential and only with surgeons and hospitals

JAN 2012: Maharashtra FDA tells CDSCO it has fi led an FIR against DePuy and asks it to cancel import licence for ASR implants

JULY 2012: CDSCO cancels import and marketing permissions “in public interest” and tells DePuy it failed to take proper measures to make patients aware implants were recalled due to “defectiveness”

JAN–JUL 2014: DePuy informs CDSCO of “certain” patients who had undergone revision surgeries and reports deaths of four who had ASR implants

DEC 2014: CDSCO and health ministry receive grievances on ASR implants and take it up with DePuy

FEB 2017: Health ministry constitutes an expert committee to look into the issue

FEB 2018: Expert committee submits its report, suggesting a base compensation of Rs 20 lakh per patient, among other recommendations

AUG 2018: Expert committee’s report is made public. Offi cials say ministry has accepted recommendations and is reaching out to states to trace affected patients

THE BARE BONES
93,000 patients received these implants globally, of which 4,700 were in India

Only 1,032 patients with these implants in India have been traced

At least four patients with these implants in India have died

J&J has “avoided” giving certain details related to these implants and the patients that received them, despite repeated requests, says a govt expert committee