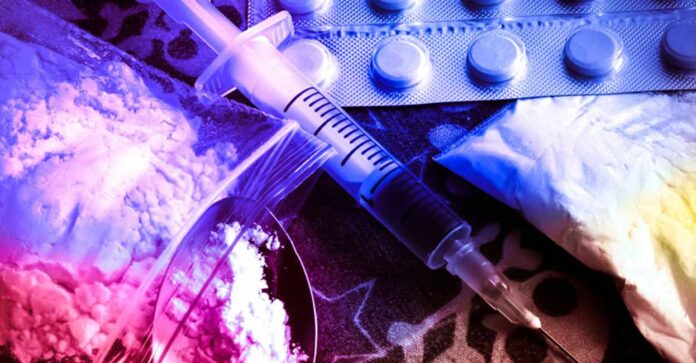 Chennai : The officials of the drugs control department in Kochi in Kerala have raided a residential flat complex at Kakkanadu in the city and seized medicines worth Rs 50,000 from a flat which was set up as a retail facility to operate as a medical store with no valid licences for stock or for sale of medicines.

The unlicensed medical shop was operating in the second floor of the flat building on a name board, Q-Life Pharma.

The DC sleuths issued show cause notice to the flat owner and initiated criminal proceedings for failing to comply with provisions of D&C act and the rules, said Sabu John, assistant drugs controller at Ernakulam.

He said the flat complex was in tight security as no person from outside could be able to enter the building complex easily. Even the raiding team also faced difficulties in getting into the flat of the Q-Life Pharma which was operating as a medical shop inside the building. The ADC said the apartment complex has nearly 1,300 flats in four blocks built in a land area of 23 acres. The flats are owned by industrialists, bureaucrats and film stars. Drugs were being dispensed by a pharmacy college dropout and the retail premises were set up in the long corridor attached to the flat.

The drug control official further said medicines from this unlicensed facility were sold to all the inmates in the complex taking advantage of the present situation of the Omicron pandemic in Kerala. The seized drugs were produced before the first class judicial magistrate court in Kochi. Cases of violations of Section 18 (c) and 22 (1) (cca) were registered and investigation is going on. The department got information about running a medical shop inside the complex and an inquiry was going on for the last one week.

Talking about the seized products, Sabu John said since Q-Life Pharma has a licenced facility in the city, they stock only very little number of products in the pharmacy in the flat, required for the daily sale. Every morning the unqualified pharmacist girl used to bring bundles of medicines for the day’s sale to the flat. Over five thousand people were the customers of the unlicensed pharmacy. The major products seized included medicines for the treatment of cough, cold, fever, allergy and gastric diseases. All the medicines were from major manufacturing companies.

The raided team did not find any bill book or stock register or doctors’ prescriptions with the dispenser in the pharmacy. He said the department will conduct similar raids in some other flat complexes located at Edappalli, Mamangalam, Thrippunithura and Ponekkara next week. Some flats in these areas are also under scanner as secret information is getting about the sale of medicines inside flat complexes.