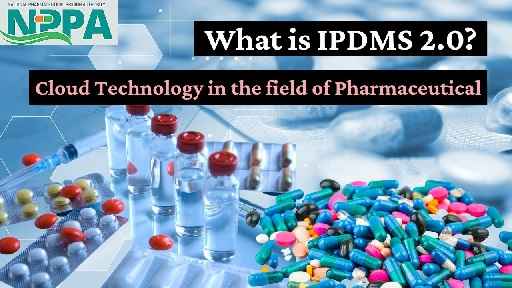 New Delhi : The pharma companies which are looking at modifying the product or plant details in the Integrated Pharmaceutical Database Management System (IPDMS) 2.0 – except for the change of product category from scheduled to non scheduled and vice-versa – can go ahead and change them without the approval process as the National Pharmaceutical Pricing Authority (NPPA) has implemented the required changes in the system to allow such modifications. (Video)

Paying heed to the operational issues raised by the industry regarding the digital filing of pharma and pricing data through the IPDMS 2.0, the NPPA has addressed 16 more issues in a latest memorandum. Along with the previously fixed 40 issues, the Authority has now addressed a total of 56 issues and resolved or implemented most of the suggestions and complaints raised by the industry to improve the ease of digitising the data.

NPPA has in November 14, issued an office memorandum by addressing around 40 issues raised by the industry, including removal of plant verification process as it was taking too long and individual product verification was complained as time consuming and strenuous. Plant verification has taken up to three weeks and this time has to be reduced to allow smooth implementation.

The Authority has now come up with a consolidated list of 56 issues, including the 40 for which an update on the latest status is being provided, along with the action it has taken on the 16 issues which were raised after the office memorandum issued on November 14.

The latest issues it has resolved include that the products were not being shown in alphabetical order, the issue in visibility of reference number under Form III and Form V, visibility of date of submission on the dashboard, issues regarding collecting the data monthly, facilities for deletion of plants of products, among others.

Another issue was that the applicant’s name was shown in the Forms as manufacturer only, whereas the applicant can also be a marketing company. The requisite changes have been made on the forms to address the issue, said NPPA. It has also implemented a facility for downloading the summary of submitted forms on the dashboard for all forms. While updation of details such as PAN, GST Number, CIN etc, for the first time required NPPA review, the Authority removed the need to review for first time updations upon industry request. However, updating the details from the second time will require NPPA approval.

It has also allowed inclusion of details of an alternate contact person from the non-corporate entities, by implementing the suggestion to include designations like partner, proprietor, trustee, manager, director etc.

It may be noted that the new version of IPDMS was launched by the minister of chemical and fertilisers, Dr Mansukh Mandaviya in the end of August, this year. IPDMS 2.0 is an integrated responsive cloud based application developed by NPPA with technical support from Centre for Advanced Computing (C-DAC). It is envisaged to optimize synergies in operations in order to promote Government’s thrust on ‘Ease of Doing Business’ as it would provide a single window for submissions of various forms as mandated under Drug Price Control Order (DPCO),2013. It would also enable paperless functioning of NPPA and facilitate the stakeholders to connect with the National Pharma Pricing Regulator from across the country.

NPPA has conducted a meeting with the stakeholders on October 13, to discuss the implementation of IPDMS 2.0 and solicit further feedback on operational issues of the portal. The suggestions and feedback received from the stakeholders were examined and action taken and comments of NPPA on the suggestions received were intimated through the office memorandum on November 14.