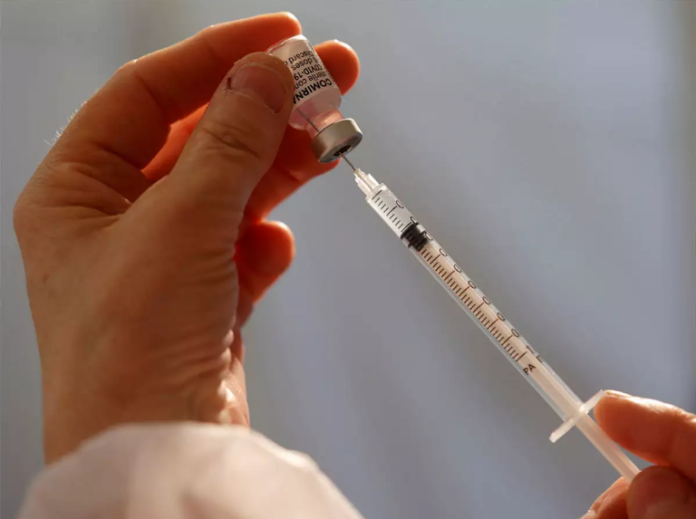 Two doses of the vaccines provide as much as 90% protection against infection, according to data from US Centers for Disease Control and Prevention study published on Monday. Earlier clinical trials had established that the shots also prevent illness, hospitalisations, and deaths.

The study adds to evidence that new vaccines made with messenger RNA technology actually reduce the spread of the virus in real-world conditions. An earlier study in Israel found a single dose of the Pfizer vaccine reduced infections by as much as 85%.

The CDC studied a group of about 4,000 front-line workers, including health-care personnel, first responders, teachers and service workers from mid-December to mid-March as vaccines rolled out widely. These groups were among the first to be vaccinated, along with the vulnerable elderly, because of their risk of exposure to the virus.

Participants were tested for Covid weekly and surveyed for reports of symptoms. The researchers compared the frequency of Covid infections before and after vaccinations to estimate how effective the shots were at preventing SARS-CoV-2 spread, regardless of whether people felt sick or not. Both the vaccines from Pfizer and partner BioNTech SE and Moderna require two doses spaced weeks apart. Two weeks after the first dose, the shots appeared to prevent 80% of infections; that rose to 90% two week..

The study included a mix of participants who were tested after developing symptoms as well as infections that were picked up by weekly tests when people were still feeling well. The results didn’t break out in detail the vaccine’s ability to prevent asymptomatic or minimally symptomatic infections.