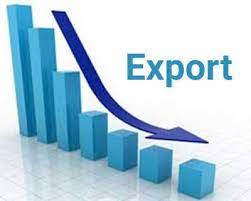 New Delhi : Exports of drugs and pharmaceuticals have registered a marginal decline of 0.88 per cent during the month of October, compared to the same month last year, owing to various factors including multifold increase in freight rates and a decline in exports to the US.

The quick estimates of exports released by the Department of Commerce for the month of October, 2021, shows that the exports of drugs and pharmaceuticals was at $2.06 billion, as compared to $2.08 billion during the same month, last year.

For the seven month ending October, the exports grew around one per cent, to $14.04 billion, as compared to $13.9 billion for the corresponding month of previous year.

This is the second month of consecutive decline, as the sector had seen 8.45 per cent decline in the month of September, after registering 1.36 per cent growth in August, compared to the corresponding months of 2020.

“The year 2020-21 saw an exceptional growth of 18.19 per cent in exports, to $24.4 billion, which is the kind of growth that happened after eight years. The reason for the slight decline now is the stock piling, multifold increase in freight cost and non- availability of containers etc,” said Ravi Uday Bhaskar, director general, Pharmaceuticals Export Promotion Council of India.

“There has been an anticipation of a third wave of Covid-19 in the second half of the year and people kept their stocks full to meet any demand that could arise in such a situation. Even in 2020-21, the growth in exports was fuelled by the foreign buyers stockpiling the drugs,” he added.

According to industry experts, there are several reasons impacting the exports, including the freight cost increase and a decline in exports to the US owing to the pending regulatory inspections in Indian sites by the US Food and Drug Administration. Some of the warning letters issued by the US drug regulator earlier are yet to be cleared. The industry can start registering the products and export once the inspections are completed and their products are cleared for exports to the US.

Some of the manufacturers in Japan and Europe also revived their pharma business during the Covid-19 period and started supplying to the US, which is another factor that may impact the Indian exporters, they said.

Besides, the review of exports on a monthly basis may not give a clear picture of the growth in the sector, as the seven month exports has shown a growth to 14.04 billion.

The target fixed for pharma exports this year is around $29 billion, said sources.