It may cause severe drug shortage in its wake

New Delhi:  Sick people may face a severe shortage of drugs, thanks to hurried implementation of GST. In its wake, they may have to buy medicines through black market. This warning comes today from Kiran Majumdar Shaw, Chiarman of Biocon, a biotech biggie.

As we wake up to the GST’s midnight launch yesterday (July30), news of its adverse effect on different sectors have started streaming in. Pharmaceutical sector is one of them, most likely to bear the brunt. Mrs Shaw has today reflagged the sick and the sector both. She is having premonitions of impending crisis.

She has said that stockists in the supply chain have refused to stock medicines. That may result into severe shortage of drugs in the market. This crisis may then degenerate into black marketing. She has said that pharma companies are likely to suffer huge loses.

Shaw has said, ‘We have started to feel the pinch as our stockists have refused to stock. She said, ‘I think bigger impact is the drug shortage that patients are going to face and then we are going to have huge impact on price of drug Pharmacies are saying that they are not prepared for the tax reform.’ According to he,r black marketing of medicines would be natural fall out. 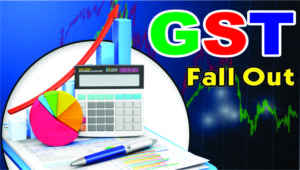 She has also clarified, saying while the companies are prepared; the rest of the supply chain is not prepared. They seem nervous.
Talking to a TV channel, she said, ‘They are not even prepared of their IT backbone and required IT capability to deal with GST. Lot of them are saying that formalities involved are so complex that they are really worried whether they can cope with it.’

She further said, ‘We have seen huge impact on our business this month. Our businesses have dropped by more than half for this month. Domestic medicine market is seriously impacted.’ As for herself, she is a harsh critic GST in its present form. According to her instead of simplifying, the GST launched is a multiple and complex tax regime.