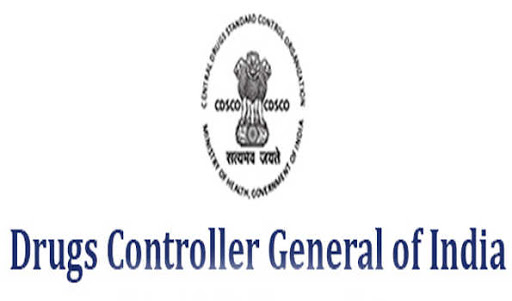 Mumbai : In a bid to protect drug makers from enhanced penalties under the Drugs and Cosmetics (Amendment) Act, 2008, the small and medium scale (SME) pharmaceutical manufacturers have appealed to the Drugs Controller General of India (DCGI) to ask state drug controllers to take action on samples of drugs declared spurious or not of standard quality (NSQ) as per Drugs Consultative Committee’s guidelines.

Small and Medium Pharma Manufacturers Association (SMPMA), a representative body of SME drug manufacturers, has recently written to DCGI Dr VG Somani in this regard.

Standards of drugs are prescribed under Section 16 read with second schedule and Rule 124 to 126A but the term NSQ is not defined. Due to this, NSQ drugs are classified squarely as adulterated or spurious drugs. As a result, genuine manufacturer who is not involved in manufacture of spurious or adulterated drugs, is exposed to harsh penalties and restrictions on bail. Therefore, it is necessary to include specific definition of ‘NSQ’ in D&C Act ibid, said Nipun Jain, chairman of SMPMA.

Besides, manufacturers are not always responsible for NSQ drugs. Improper methods of analysis or human error during analysis are also responsible for it. At times drugs despite having required quantity of active ingredient lose potency due to improper storage, stability issues, added Jain.

Due to lack of DCGI’s instruction to state drug authorities, a number of licensed manufacturers whose drugs were found to be NSQ were prosecuted as manufacturers of spurious drugs. It is thus high time on the part of DCGI to issue directive to state drug regulators to follow DCC guidelines to act against manufacturers for not ensuring drug quality, he stated.

As per guidelines framed by DCC “spurious products are drug formulations manufactured concealing the true identity of the product and made to resemble another drug. It may or may not contain the active ingredients. Adulterated drugs are those drugs which are found to contain an adulterant/substituted product or contaminated with filth rendering it injurious to health.”

Further as per the guidelines categorized the drugs broadly under NSQ to include ‘grossly sub-standard drugs’ under category B and minor defects under category C. The grossly sub-standard drugs category includes following: “Active ingredient contents below 70% for thermo labile products and below 5% of the permitted limits for thermo stable products, tablets/capsules failing in disintegration tests wherever prescribed, liquid preparations showing presence of fungus, parental preparations failing in sterility, pyrogen/endotoxin test or undue toxicity, vaccines failing in potency, sterility, toxicity or moisture content.”

Broken or chipped tablet, presence of spot/discoloration/uneven coating, cracking of emulsions are some of minor defects. All these may also be considered for inclusion under the category of NSQ.

The guidelines proposed for setting up of a screening committee by state FDA to examine the investigation reports of the cases before launching prosecutions. Care should be taken that while violations with criminal intent or gross negligence leading to serious defects are dealt with heavy hand, the violations involving minor variations in quality by licensed manufacturers are resolved through administrative measures such as suspension of license, it says.

Hence, for every report of NSQ drug, prosecution must not be the only criteria which is the current practice prevailing in the country, instead it should be actually investigated and reported giving due regards to the merits of the case where it is criminal intent or gross negligence. This act will safeguard the genuine manufacturers from not being harassed and will not have to face the agony of prosecution.

Apart from these guidelines, test report issued by government analyst, complete testing protocol along with raw data and factual data and investigation report may be furnished to the manufacturer, which will enable him to exercise his legal right as given under the provisions of D&C Act. Further, investigation of the report of NSQ drug issued by the government analyst must also be carried out by the team of drugs inspector and representative of manufacturer. This will facilitate the manufacturer to safeguard himself under the provisions given in the Act ibid, opined SMPMA chairman.

In view of the above, SMPMA requested DCGI to implement the guidelines of DCC on NSQ drugs in appropriate spirit and prospective very urgently so as to ensure safeguards to the innocent drug manufacturers.