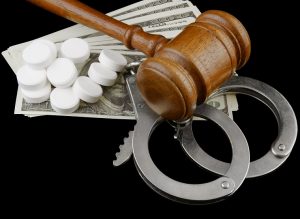 It is commonly found that the moment the manufacturer receive any notice from the drug control authority they immediately take shelter of plea under section 19 of the Drugs and Cosmetics Act, 1940.

Section 19 is termed as PLEA under the Act. The section contained deeming provision and under subsection 1, cast heavy burden upon the manufacturer to prove that no offence is committed by him. At the same time by virtue of sub section 2, it also cast heavy burden upon the prosecution to prove that the defence under section 19 is not available to the Accused.

Sub section (1) says that “it shall be no defence in a prosecution under this Chapter to prove merely that the accused was ignorant of the nature, substance or quality of drug or cosmetic in respect of which the offence has been committed or of the circumstances of its manufacture or import, or that a purchaser, having bought only for the purpose of test or analysis, has not been prejudiced by the sale”

Said provision of the Act was referred to by the Gujarat High Court in State of Gujarat Vs. Rajesh General and Medical Stores, MANU/GJ/0438/1993 and held that the ignorance is no excuse. In the instance case the Accused had plead guilty under Cr.Pc. and hoped that he will be let off with fine or lesser punishment. Although the Lower Court exonerated the accused with one day punishment with imprisonment “till rising of the Court” and fine of Rs. 2500/- . On an appeal, the Hon’ble Gujarat High Court found that such Plea is not allowed. It held that the general plea can’t override the express provision of section 19.

From the reading of above section it is evident that manufacturer and vendor can not take the defence of ignorance or having no knowledge of the quality of the products, nature and substances. The accused can not plead ignorance of manufacturing process. It can’t be a defence that the drug has been sold only for test.

there has been added there to some innocuous substance or ingredient because the same is required for manufacture or preparation of the drug or cosmetic as an article of commerce in a state fit for carriage or consumption, and not to increase the bulk, weight or measure of the drug or cosmetic or to conceal its inferior quality or other defects.”

The plain reading of the above sub section shows that the drug shall not be deemed to be adulterated, spurious etc. only by reason of some innocuous substance or ingredient has been added to the drug. But it shall be proved that such addition was necessary to render the drug fit for carriage or consumption, and not with a view to increase weight etc. of the drug or cosmetic or not to conceal its inferior quality or other defects. Meaning thereby the addition of other substance is deem to be legal if it is required and necessary without affecting quality etc.

The key word in the section is UNAVOIDABLY. Said word along with the word” has become” refer to single instance or the instances which is not recurring but of accidental in nature. The distinction must be made in accidental and regular. The manufacturer can not take defence of such plea as a routine. The duty of the accused in this case is very acute. If such plea is taken it is the duty of the manufacturer to prove that such intermix is accidental and not carelessness. It put the note of caution that such avoidable or detectable errors or deficiencies in process must be removed.

If the manufacturer want to take the defence of plea stated above the drugs supplied must be withdrawn from the market through proper channel and the letter requiring return preferably be sent by registered post and other medium of communication and must be preserved. It will be better if the local drug authority is also being informed the defect so that the harassment of prosecution can be avoided.

Sub section (3) of 18 provides that a person, not being the manufacturer of a drug or cosmetic or his agent for the distribution thereof, shall not be liable for a contravention of section 18 if he proves—

(a) that he acquired the drug or cosmetic from a duly licensed manufacturer, distributor or dealer thereof;

(b) that he did not know and could not ,with reasonable diligence, have ascertained that the drug or cosmetic in any way contravened the provisions of that section ;and

(c) that the drug or cosmetic, while in his possession, was properly stored and remained in the same state as when he acquired it .

The reading of above section clearly laid down the law that in case of dealer or chemist who is not directly related to the manufacturer can escape the liability if he prove that he has acquired/purchased the drug/cosmetics from the licensed manufacturer, distributor or a dealer. This provision has very wider ramification in the administration of the complaint cases filed throughout the country. In any case the dealer has to show only limited proof that he is not in any way is connected with the manufacturer.

In Kiran Dev Singh case in Criminal Misc. Petition (Main) No. 992 of 1989 Himanchal Pradesh High Court observed that 12. “The provisions noticed above make one thing amply clear. It is that where the manufacturer of a drug, which is found to be lacking in the requisite standard of quality, can be traced, he is ultimately to be held responsible for the supply of such a drug and, thus, liable for prosecution. Where, as in a case covered by Section 19, the plea of warranty put forward by a person from whose possession the Inspector takes the sample or by a person who supplies the drug to such a person, is coming forward as an acceptable plea of defence, the ultimate liability for breach of the provisions of Section 18 rests upon the manufacturer.”

The cases of plea is not always be pleaded except in given circumstances. Some time such pleading creates more trouble than remedy. In Rajasthan Pharmaceutical Laboratory, Bangalore Supreme Court rejected the plea as not applicable. The manufacturer must understand that the plea under section 19 is not a defence that can be used in every case.

In Bishamber Nath Vs. The Drugs Licensing Authority and Anr. (30.08.1972 – DELHC) it was held that the plea has not been raised properly. In that case the retailer did not raise the plea that he has purchased the drug from the duly licensed manufacturer. Accordingly it is stated that while raising such plea the submission of the manufacturer must be clear and as per the law. It was also held in that case that the Drug Authority has to see the grounds disclosed by the retailer and need not to venture into the other facts and circumstances.

In conclusion it is stated that there are as many as 34 judgements at-least to the knowledge of the author of various high courts in which the plea under section 19 is dealt with but in all most all judgements the plea was held to be not taken in proper way or in many cases the plea was not raised in proper situation. Since Plea once taken it is admission of the fact, If the manufacturer wants to raise the plea he must keep it in mind following prepositions:

i. The plea be taken only if it is covered under the law
ii. Once plea is taken it can’t be retracted
iii. Plea is binding on the person making it
iv. Plea is admission of the fact
v. Plea is helpful only if the conditions of section 19 can be shown to be fulfilled in all respect.
vi. Plea must be taken with sound legal advice and with certainty that such plea will not backfire.