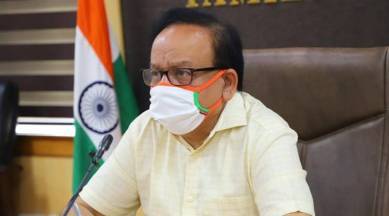 New Delhi : Public health experts are calling for more transparency in the drug approval system and the overall drug regulatory framework in the country, in the wake of the recent episode in which the Central Bureau of Investigation (CBI) conducted search operations in the Central Drugs Standard Control Organisation (CDSCO) headquarters and arrested one of the senior most officials in the office for alleged bribery, along with some others from the private firms.

The incident clearly leads attention to the recommendations of the 59th report of the Department Related Parliamentary Committee for Health and Family Welfare, on the operations of CDSCO and the discrepancies it has directed the government to address. The report called for greater transparency in the appointment of the expert committee and the approval process of the drug regulatory authority.

While discussing the issues related to the controversial Fixed Dose Combinations (FDCs), the report said that in the US, the opinions and decisions are in public domain so that anyone is free to scrutinise, offer comments and give suggestions.

“In India, every discussion and document is confidential away from public scrutiny. This matter needs to be reviewed to ensure safety of patients, fair play, transparency and accountability,” said the Committee report.

“The CDSCO’s work is completely opaque. There is no transparency there,” said Amar Jesani, public health expert and founder of Indian Journal of Medical Ethics.

“The CDSCO official was ultimately supposed to take the application to the Subject Expert Committee (SEC), whose members are from outside. But who are these SEC members? The names are never made known. The SEC discussions are not reported in the minutes of the SEC meetings, only the decisions are given. The reasoning on why they have taken a certain kind of decision is never made public. This kind of lack of transparency leads to all kinds of deals and corruption,” he added.

If the CBI is really serious, then they should widen the probe and find out if there are others also involved in the same way, from top to bottom, he demanded.

When it comes to the waiver of the Phase III clinical trials, the government should strictly ensure that all the drugs go through the full phases of clinical trials and don’t rush them to the market without finishing the clinical trials. If that policy is there, episodes like this will be minimised.

S Srinivasan, founder of Locost and a senior member in All India Drug Action Network (AIDAN) said, “The 59th Parliamentary Standing Committee report asked for a few things like putting up the recommendations of all the members of the expert committee, so that anybody will know who said what and who voted what and how much homework these experts have done. Many of these studies run into thousands of pages and I don’t even think these people would have read it completely. For accelerated approvals, I don’t think anybody can even read technical stuff so fast.”

“Not many of the recommendations of the Parliamentary Panel were implemented, especially those related to transparency in the system,” he added.

The 66th report of the Parliamentary Panel, in 2013, on the Action Taken by the Ministry of Health on the 59th report, criticised that while the government is morally bound to heed to the advice of the Parliamentary Committees in national interest, out of the 69 recommendations it has made in the previous report that were actionable, only 19 have been implemented by the government in varying degrees. In the case of 46 recommendations, the action taken by the government “is only with the intent to delay, obfuscate, stagger implementation or not implement at all with a few to delay/negate action in proven cases of wrongdoing” despite there was more than enough time to take action.

“All this has been done when CDSCO, which is mandated with the onerous task of directly ensuring health safety of more than one-sixth of the population of the world has, most unfortunately, not acquitted itself well, both, at professional and ethical planes,” added the Parliamentary Committee in 2013.

Jesani adds that the best way to fight corruption is to open up the system. Let all the information be available in the public domain, let the people question the experts who are giving the opinion.

The Ministry has informed the Panel in its Action Taken Report that it has created 12 New Drug Advisory Committee with the details of the members, six medical device advisory committee and two more committees of experts which advises Drug Controller General of India in matters related to regulatory approval of clinical trials for investigational new drugs and others. According to reports, there are around 17 SECs under the DCGI to advise the drug regulator on the applications from the industry.

While the Parliamentary Panel suggested that the net for experts in the committees should be widened across the country, there are also allegations that most of the experts are from the National Capital Region or nearby areas.

Gopal Dabade, coordinator of AIDAN, said that the only answer to the allegations on the nexus between the companies and the regulator is transparency.