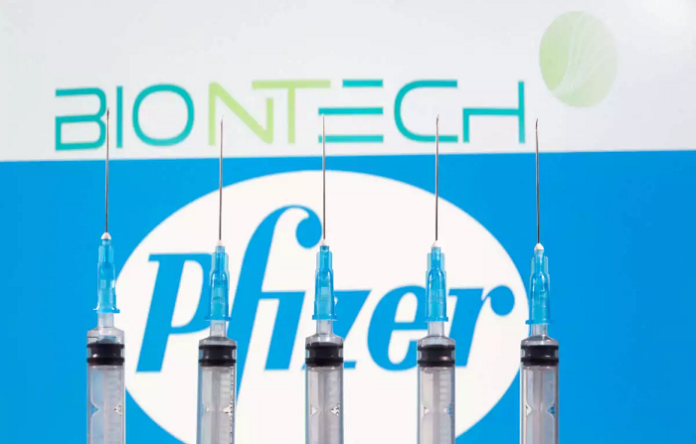 New Delhi: After a marathon 9-hour debate on safety and efficacy data, a panel of outside advisers to the US Food and Drug Administration (FDA) has endorsed emergency use approval of the Pfizer and BioNTech’s COVID-19 vaccine for mass vaccinations of Americans.  In a 17-4 vote with one abstention, the vaccine advisory group, which comprises independent scientific experts, infectious disease doctors, and statisticians concluded that the vaccine from Pfizer and its German partner BioNTech appears safe and effective for emergency use in adults and teenagers 16 and older.

Prioritising health care workers and nursing home residents for receiving the first shots of the vaccine early next year, the agency is expected to authorise the vaccine within days. The FDA is expected to grant an emergency use authorisation on Saturday, however, the last-minute legal or bureaucratic requirements could push the announcement to Sunday or later, said reports.

Reacting over the development, Pfizer’s chairman and CEO said he’s pleased that the FDA’s vaccine advisers have voted to recommend the agency grant emergency use authorization for the company’s coronavirus vaccine in the US. “We have been looking forward to presenting our robust data package to the committee of vaccine experts for the US government since we began our efforts to develop a novel COVID-19 vaccine earlier this year,” Pfizer Chairman and CEO Albert Bourla said in a statement to CNN.

Earlier this week, the United Kingdom became the first country in the world to administer the new coronavirus vaccine developed jointly by the American drugmaker Pfizer and Germany’s BioNTech in an inoculation programme watched closely around the world. After UK, Canada became the second country to approve the Pfizer-BioNTech Covid-19 vaccine for its citizens.

The US authorization of Pfizer’s vaccine is expected to be followed soon by one for Moderna’s version, which uses similar technology and has also shown promising results in clinical trials.

If reports are to be believed, the FDA is scheduled to meet on December 17 to decide on another vaccine, developed by Moderna and the National Institutes of Health, that has shown efficacy on the lines of the Pfizer candidate. Besides, Johnson & Johnson and AstraZeneca vaccines are also in the pipeline.