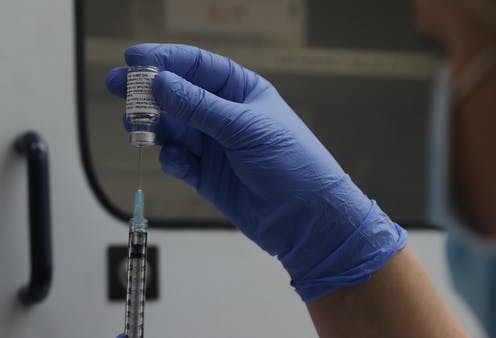 New Delhi: Serum Institute of India (SII) chief Adar Poonwalla on Friday announced that the SII has manufactured the first batch of the Covavax vaccine. He said that this vaccine has the potential to protect children and teenagers. He also congratulated the team for its efforts.

“Excited to witness the first batch of Covavax (developed by @Novavax) being manufactured this week at our facility in Pune. The vaccine has great potential to protect our future generations below the age of 18. Trials are ongoing. Well done team @seruminstindia!,” Poonawalla said in a tweet.

The SII had earlier said that it will introduce the Covavax in the country by September. The vaccine is the version of US firm Novavax’s Covid-19 vaccine candidate. The SII will also begin clinical trials of Novavax for children starting next month.

The Novavax vaccine showed strong efficacy against the emerging variants of Covid-19, its makers Novavax Inc said citing data from a large trial on June 14. Novavax is the fourth vaccine the United States has added to its arsenal in its fight against the Covid-19 pandemic. The data also showed that Novavax has shown a 93% effectiveness against variants of concern. These results were based on a second analysis which mostly consisted of cases of the Alpha variant of Covid-19, which is predominant in the United States.

India’s health ministry earlier said that the data shared by Novavax regarding its vaccine is ‘encouraging’. NITI Aayog member (Health) VK Paul on June 17 said that the SII making the vaccine in India makes Novavax relevant to India’s vaccination plans.