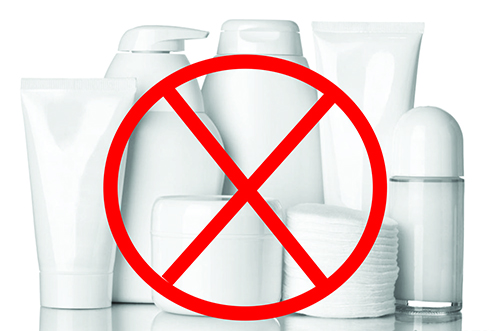 Dr Rajetha Damisetty, additional medical director of Oliva chain of Advanced Hair and Skin Clinics tells how a popular skin cream of a Mumbai-based manufacturer replaced the Ofloxacin-ornidazoleclobetasol-terbinafine molecule combination (banned in March, 2016) of its popular skin cream with Clobetasol-neomycinmiconazole combination under a different name 3 months ago.
Hyderabad (Parveen): 300 more skin cream brands asked to ban immediately, due to use of topical steroids foranti-microbial , anti-fungal and anti- inflammatory use. This demand comes in the wake of the ban call given by the Drugs General Controller of India (DGCI) on 344 irrational fixed dose combination (FDC) drugs in March that failed to include over a hundred other `dangerous’ fairness creams In their letter to Dr G N Singh, DGCI chief, the IADVL members lamented that its ban list in March was not comprehensive enough as it figured only 26 FDCs used by around 100 skin cream brands. “But in reality, there are around 100 possible irrational FDC based skin creams (roughly around 300 skin cream brands) that we listed out to the DGCI seeking their ban as they have several such ingredients that can harm fairness conscious Indians. There are also a few rational combinations of steroid creams which we feel the DCGI should regulate via sale,” said Dr. Rajetha Damisetty, convenor, IADVL national task force against topical steroid abuse. Apart from this, city based dermatologists warn fairness cream users against any adverse effect like severe stinging sensation, redness and acne.
“Since there are many harmful FDC drugs for dermatological use that are still sold over the counter without a ban in place, many patients come to us after they land up with steroid induced fungal infections, which aggravate existing infections,” said Dr Laxmi Sowjanya, consultant dermatologist, Continental Hospitals. However, what’s surprising is that many banned FDC fairness creams are reportedly hoodwinking the drug control authorities by making a reentry in the market.