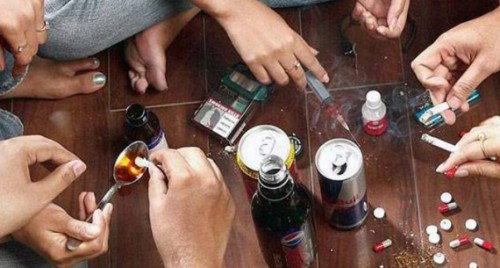 The city police in Mumbai busted a massive international drug peddling racket carrying 100 kg of Fentanyl worth 1000 Crore. Police made an arrest of four persons and seized Fentanyl and it is one of the biggest narcotic seizures of the year.

The main use of Fentanyl is as a pain medication, and it is basically a synthetic opioid. It is used especially by the cancer patients, but it is also used as a habit-forming drug. Mostly, druggists consumed it with heroin or cocaine or used as a substitute for these. This drug is widely abused substance in the US as it causes thousands of deaths every year in the US just because of its overdose.

Four arrested persons are recognized as 52 years old Salim Ismail Dhala, 41 years old Chandramani Tiwari, 38 years old Sandeep Tiwari and 43 years old Dhanshyam Ramraj Saroj. On taking immediate action on the tip received by the informer, city police laid a trap at Subhash Nagar on the service road at Vakola in Santacruz (east), from where they arrested them with the contraband.

Because of its high demand, the Fentanyl is smuggled to the US and few other countries as it is one of the best substitutes to expensive drugs like cocaine and heroin. All the four smugglers are known to each other. Salim Ismail Dhala is a driver belongs to Cotton Green, Central Mumbai. He was arrested in 2013, by the Ghatkopar ANC unit for ganja possession.

Sandeep Tiwari is a graduate working for a private company. He was arrested with his driver Saroj. Police have seized their car, a brand-new Tata Nexon SUV, which they were using to supply the drug. Chandramani Tiwari owned a mobile shop in Thakur Village, Kandivli.

They were carrying Fentanyl in 4 different containers each weighing 25 kg from the boot of the silver Nexon and police have seized all the Fentanyl. All these four were booked under the Narcotic Drugs and Psychotropic Substances Act (NDPS).

The narcotics department team has sent the drug samples to the Forensic Science Laboratory (FSL) in Kalina. Police officers who handled this matter said that they got information that some people with a large consignment of fentanyl were likely to export it. And during investigations, the four were not cooperating and had refused to divulge the source of the fentanyl.

One of the senior officers also said that they need to deliver this banned chemical to some foreigner who was to take it to the US and a few other countries.