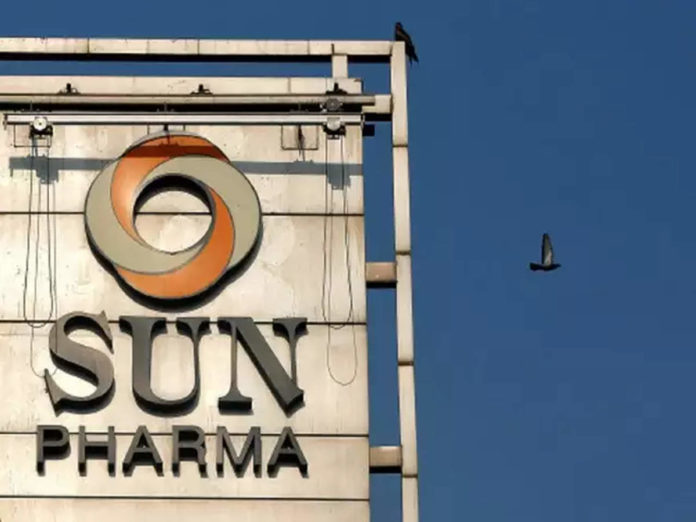 Mumbai: Shares of Sun Pharma, India’s largest drug maker, crashed over 13% intra-day on Friday – its biggest such fall in two years – after it emerged there was a second whistleblower letter containing serious allegations of corporate governance lapses against the company.

Responding to the latest development, Sun Pharma asked the Securities and Exchange Board of India (Sebi) to investigate what it described as selective leak of information on allegations by a whistleblower which, it says, has damaged its reputation and eroded market value.

The shares closed at the lowest level in nearly six years at 390.25, down 8.51%, after financial advocacy website and magazine Moneylife offered institutional investors access to the second whistleblower letter, prompting Sun’s complaint to Sebi.
Sun complained that such access creates a “great asymmetry in the information circulating between analysts, investors and media, leading to intense speculation”.

“It is evident from the fact that shareholders value has been drastically eroded within a short span of time due to unsubstantiated complaint/allegation against the company and mala fide campaign launched by certain media houses,” Sun Pharma company secretary Sunil Ajmera wrote in a letter to Sebi. “We request your office to examine the matter in its entirety, and the role of some media houses and other stakeholders.” 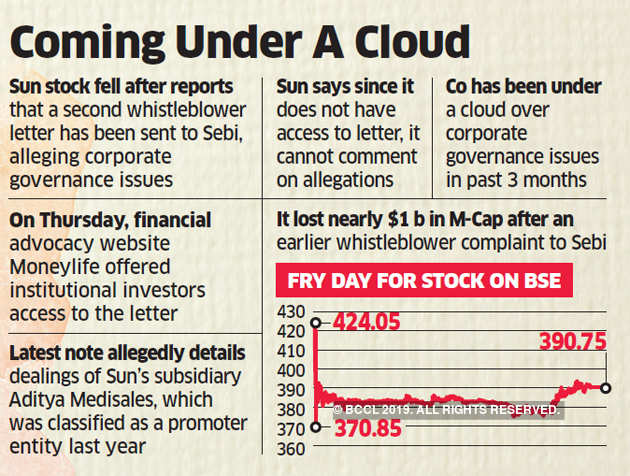 A research note by Australian brokerage firm Macquarie, which was first reported by ET on November 29, had raised concerns over Sun’s past dealings with banned traders such as Ketan Parekh, conflict of interest among senior directors and related-party transactions that were not disclosed. Shortly thereafter, Moneylife reported the existence of a letter from a whistleblower.

Sun’s top management, including MD Dilip Shanghvi, had then defended its practices and assured investors the company will review everything, including related-party transactions.

Sun Pharma has maintained that since it does not have access to the whistleblower letter, it cannot comment on the allegations. Sebi officials did not comment on the issue, but chairman Ajay Tyagi had on December 12 confirmed receipt of a complaint against Sun and added that it was being examined. Sun told ET last week that it had not been contacted by the market regulator regarding the investigation and allegations.

On December 3, in a conference call with investors, Shanghvi had defended the company and said all the points raised by Macquarie are based on information sourced from public domain. Some of the issues are not related to Sun Pharma, some are incorrect, and some are 15 years old. Shanghvi also denied the company gave any loans to Suraksha Realty, the firm promoted by Shanghvi’s brother-in-law Sudhir Valia, who is also a director on Sun Pharma’s board. Shanghvi had said the domestic formulations business of the company was undertaken through Aditya Medisales, which became a related party in FY18. However, transactions with Aditya Medisales have been in existence for the past many years, he said.