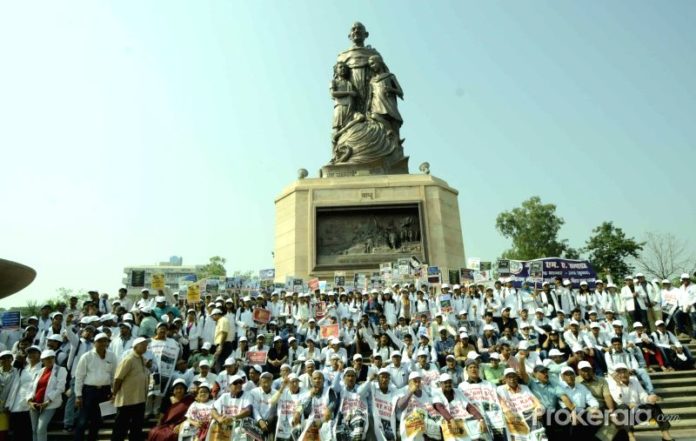 New Delhi: Medical Council of India (MCI), the outgoing regulator of medical education and practice, was as pig headed and entrenched as Teen Talaq, the practice of instant divorce. And its annulment with passing of National Medical Commission (NMC) Bill is as historic as the latter.

But what is the prognosis? Will the new regulator prove a ‘Neat’ one? Quite interestingly, the apologists of MCI are offering the same argument given in favour of perpetuating 3 Talaq – That the treatment would be worse than the disease.

As MCI wallowed in filth, National Medical Commission (NMC) must be given benefit of doubts. The die is cast. For now, it seemed Armageddon of sorts – Dr Harshvardhan, Union Health Minister leading and representing the Good pitted against Dr Ketan Desai, the leviathan of MCI, representing the Evil.  The nationwide stir led by Indian Medical Assosciation, also the handmaid of Dr Desai, could not deter the good this time.

Medical Education System in India had so far been like a patient etherized upon the table, waiting to be operated upon for pretty much time.

National Medical Commission (NMC) Bill is slated to change all that much maligned MCI stood for. 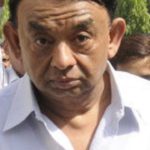 The entrenched clique of doctors led by Dr Desai, seeking to perpetuate the incumbent regulator i.e. MCI, pulled out all stops to stall the much needed overhaul of the decadent medical education system. The agents of status quoits prowled in parliament to send the bill packing to cold storage. But of no avail this time. At long last, the vice like grip of a cabal of doctors on the medical education stands demolished.

Patients’ interest in a nation is well served only when there is an honest and transparent medical regulatory body. The regulator is entrusted with the licensing of medical colleges , creating curriculum, enforcing medical ethics, giving licenses to the doctors, regulate their practice, probe cases of medical negligence and protection of patient rights. The outgoing MCI miserably failed in its aforesaid duty resulting into medical education gone haywire. 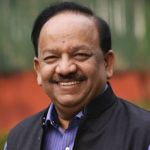 Dr Harshvardhan, famously honest, was persona non grata for MCI cabal from the word go. He would lose no opportunity to take swipe at corruption in MCI and wanted it be blown up root branch and body. But he alone was quite unequal to the clout that MCI cabal was. Niti Aayog’s CEO Amitabh Kant is particularly said to be instrumental in hastening the process of NMC mandated by PM Narendra Modi himself.

While the bill was through in Rajya Sabha ( It was already passed in Lok Sabha), Dr Harshvardhan said the NMC legislation will be remembered as one of the visionary reforms of Modi government in times to come. On the other hand, doctors on the street led by IMA dubbed it as anti poor and anti medicos.

The legislation for sure is not a magic wand that will overhaul the regulation in a flourish. It will have to evolve in time to compare well with robust global benchmarks.

Dr Srinath Reddy, chairman, Public Health Foundation of India (PHFI), said, ‘The establishment of a National Medical Commission (NMC) was a long awaited progressive measure of reform in the regulation of medical education. It will help to address the asymmetry in numbers and quality of medical colleges across the country and better align medical education to the pressing needs of the health system. It will help to reduce arbitrariness in accreditation and streamline standards for competency based qualification.

It is hoped that National Medical Commission (NMC) will inject transparency and quality in country’s medical education. It would go a long way in ensuring production of quality doctors unlike substandard ones under MCI. It will bring about a paradigm shift from input-based to outcome-based regulation which makes it at par with international principle.

But all said and done, jury is still out on incoming regulator. Even those who earnestly wanted overhauling of current medical education scenario has lot of apprehensions and questions in mind- Will the legislation really create a ‘Neat’( not to be confused with NIIT) regulator for medical education or end up putting equally or maybe more corrupt system in place ? The hatchet job done by Dr Harshvardhan to clean the veritable Augean Stable is being viewed with a pinch of salt by many.

Well, it could not have been anybody’s brief that all was well in MCI and be perpetuated, because it had really decayed beyond repair. No one could defend the indefensible.  It was high time it was done away with and replaced by a regulator that might bring medical education at par with developed countries.

Medical education under MCI so far had been a money minting machine for a cartel of doctors. It was infamously called ‘Den of Corruption’ which it earned from court. Dr Ketan Desai, purported king- pin of all that happened in MCI, had landed Tihar Jail in 2010 over charge of being caught red handed taking 2crore of rupees in return of granting recognition to a medical college in Punjab. Dr Desai and his cohorts always fought pitched battle whenever there was an effort to demolish their monopoly on the regulation mechanism. Whether he was president of MCI or not, his grip over the body never loosened except during a few temporary reverses.