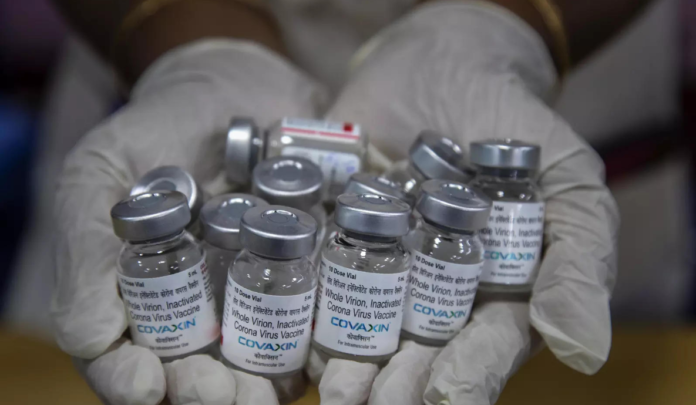 New Delhi: Trials for the third booster dose of Covaxin has begun at AIIMS. The booster shot will be administered to those who have received the second dose at least six months back.

Speaking to TOI, Dr. Puneet Misra, professor of community medicine at AIIMS said, “The booster shot will be given to individuals who had enrolled for the Phase II trials. This is being done not only at AIIMS but at various centres across the country to see if a third booster shot improves the immunity after the two doses of vaccine. We are studying the various factors and will examine them.”

So far at AIIMS, 17 people have been administered the booster shot, which will be given to 50 individuals in total. The third dose is being administered to people who have received both the doses of vaccination at least six months back. “The idea is to compare the immunity and other parameters of those who have taken both shots, and others who will be given a booster dose,” Misra added.

Experts claim that the variant of Covid is changing and mutating so even with vaccine, it’s important to see if anti-bodies are being made and if the booster shot is helping. “In medicine, evidence matters so it’s important that from time-to-time that we keeping seeing the efficacy of the vaccination drive,” said an expert.

Bharat Biotech had got permission from the expert panel of Drug Controller General of India to conduct clinical trials for the third dose of Covaxin on a few of its volunteers in April.