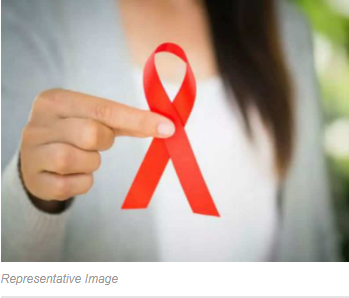 Around 1.8 million people became newly infected with HIV in 2017 and around 50 countries experienced a rise in new HIV infections, as HIV prevention services are not being provided on an adequate scale or with sufficient intensity, UNAIDS warned on Tuesday, Xinhua reported.

In its latest report, “Miles to Go: Closing Gaps, Breaking Barriers, Righting Injustices,” the UN agency shows that 47 per cent of new HIV infections globally are among key populations, including sex workers, people who inject drugs, and gay men and other men who have sex with men.

Although combination HIV prevention approaches work for the key populations, many countries are unwilling to invest in approaches viewed as culturally or religiously inappropriate, unpopular or counter to the bad laws that may exist in a particular country.

“Health is a human rights imperative and we are deeply concerned about the lack of political commitment and the failure to invest in proven HIV programmers, particularly for young people and key populations,” said UNAIDS Executive Director Michel Sidibe. “If countries think they can treat their way out of their epidemics, they are dangerously mistaken.”

The report warns that HIV prevalence can be high as up to 70 per cent among sex workers in some southern African countries; however, about three quarters of countries reporting to UNAIDS criminalise some aspect of sex work and sex workers report that condoms are often confiscated by the police.

In eastern Europe and central Asia, one third of all new HIV infections are among people who inject drugs; however, 87 per cent of countries reporting to UNAIDS criminalise drug use or possession of drugs, driving people underground and out of reach of HIV services.

It hopes to strengthen and sustain political commitment for primary HIV prevention by setting a common agenda, the HIV Prevention 2020 Road Map, to accelerate progress towards reducing new HIV infections by 75 per cent by 2020.

The progress, however, has not been fast enough, UNAIDS said, which enlists more efforts to move from political commitment to strong actions on the ground. That’s why one of the major agendas of the ongoing International AIDS Conference, started in Amsterdam on Monday, is to discuss the urgency for scaling up HIV prevention and address persisting challenges.