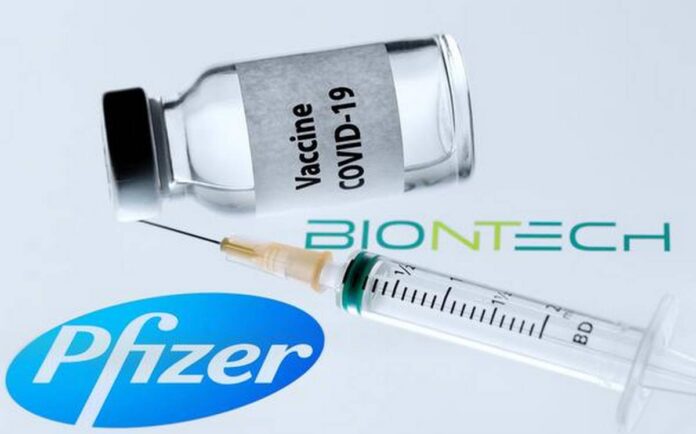 Mumbai : A new report by the United States Food and Drug Administration (FDA) regulators revealed that four volunteers for the COVID-19 experimental vaccine by Pfizer developed Bell’s Palsy after receiving vaccine shots, as per media reports.

Bell’s palsy is a condition that causes a temporary paralysis of the muscles in the face. It can occur when the nerve that controls your facial muscles becomes inflamed, swollen, or compressed.

FDA added in its report that it is unclear what caused Bell’s Palsy in the four volunteers. According to media reports, the FDA regulators have asked health experts to continuously monitor volunteers who had participated in the trials of the Covid-19 vaccine.

Earlier, Pfizer CEO Albert Bourla seemed dubious about the efficacy of the vaccine. During his interview with NBC’s Lestor Holt, he said, “I think this is something that needs to be examined. We are not certain about that right now with what we know.”

This comes as many countries, especially rich nations, are competing with each other to secure Covid-19 vaccines for their population. According to previous reports, some countries, including Canada, the US, UK, among others, have secured Covid-19 vaccines that are enough to inoculate their entire population multiple times, leaving lower-middle countries in a dearth of it.