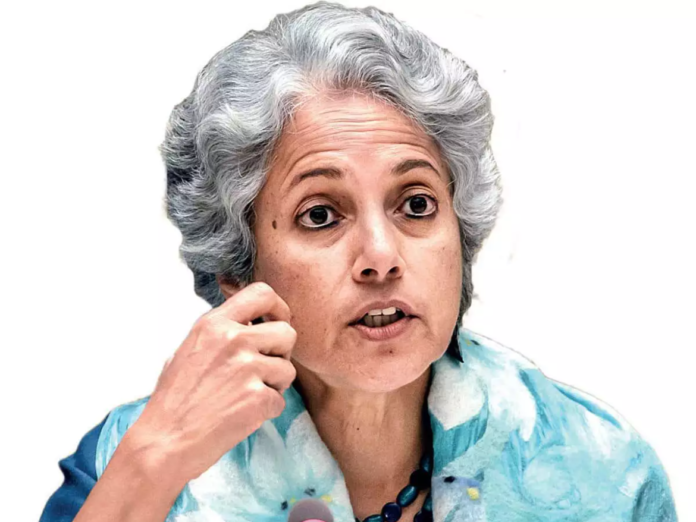 ‘WHO mulls pandemic treaty among nations’
World Health Organisation (WHO) is exploring the possibilities of evolving a ‘pandemic treaty’ among countries to define the rules to confront any future pandemic as well as current health problems, according to Dr Soumya Swaminathan, chief scientific adviser to WHO, reports Ramavarman T.

Swaminathan said during an online lecture that an upcoming global health assembly to be held in November will discuss this treaty. How health products are developed and distributed equitably will be an important element of the proposed treaty, she added.

WHO expert bats for ‘pandemic treaty’
Thrissur: World Health Organization (WHO) is exploring the possibilities of evolving a ‘pandemic treaty’ among countries across the globe to define the rules to confront any future pandemic as well as the current health problems, according to Dr Soumya Swaminathan, the chief scientific adviser to the WHO.

Delivering the 30th C Achutha Menon memorial lecture online she said an upcoming global health assembly to be held in November will discuss this treaty. How health products are developed and distributed in an equitable manner will be an important element of the proposed treaty, she said.

“We have seen the inequities in the access to vaccines or other health products like monoclonal antibodies. This is not the system we should have for the future,” she said, adding that the countries around the world will have to evolve a consensus on this.

Emphasizing the need for global solidarity within the countries and between the countries to address these ‘big existential threats’, whether it is pandemic, climate change or antimicrobial resistance.

“One thing that had become clear during the pandemic is that it has exacerbated the existing inequities, within and between countries, whether it is access to vaccine or loss of livelihood, that have led to poverty, malnutrition, disproportionate impact on the people who are already on the edge, people who are just making ends meet, that is where we need to focus, because these are the people, who are going to struggle, in the coming months and years, their children will struggle to get an education, many of them may drop out of the schools, go to work, or worst still, there could be increased trafficking,” she said.

Dr Soumya said we have seen the disproportionate impact that the pandemic had on women and children, whether it is women who had to stay at home to look after their children or who work. “It is clear that more women than men have fallen into poverty. There is impact on children, because schools have been closed, hundreds of millions of children are out of school and have no access to online education. All of these are going to throw up challenges for the society to grapple with, but we can overcome them if we can have good discussions and debates around the ways forward. Equity must be at the heart of everything that we set out to do too rebuild societies, systems, we need not go back to the pre-pandemic days, but we should be thinking of living in a more environmentally sustainable way,” she added.

Emphasizing the need for ensuring equity in the health sector in a country like India, she said, “When we are developing a product, which is for public good, or a huge public health problem like tuberculosis, a lot of government resources, taxpayers money is being put into that research, the end product also must be available to the public at an affordable cost. This is not just for the current pandemic or for any future infections, but for the existing health problems as well,” she said.

She said the technology has made important contributions in curing several diseases which were incurable earlier. “Now, it is possible for us to dream about curing genetic diseases. But we need to use it carefully, and bring it under an ethical governance framework,” she said. Dr Soumya also called for building up and nurturing the trust in science, scientists and public health experts. Science literacy or health literacy must be inculcated starting from the schools, and higher education levels, she added.