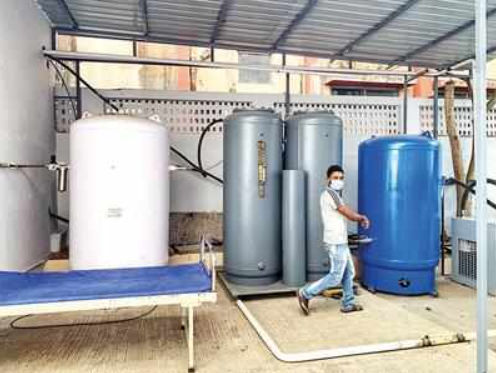 Pune: Civic hospitals across Pune and Pimpri Chinchwad will have 10 new oxygen generation plants by September 30, strengthening the oxygen availability, in view of the possible third wave of the pandemic.

With the addition of 10 new plants, the capacity will increase to 50 metric tonne. The total target of the district administration is to increase the capacity to 74 metric tonne by installing 62 such plants across the civic hospitals by year-end.

Ayush Prasad, the Pune ZP CEO, said, “We have planned to install 38 oxygen generation plants across the rural parts of the district. Of them, 13 are functional, while the remaining are in the pipeline. With the help of initiatives, we have managed to equip our hospital beds with the oxygen support.”

Prasad said the zilla parishad was not only focussing on the oxygen generation plants, but they were also looking into increasing the dura cylinders, the jumbo oxygen cylinders and the storage tanks for the liquid oxygen.

Apart from the oxygen generation plants, the Pune district’s 19 government-run hospitals have as many as 339 metric tonne functional liquid oxygen storage capacity according to the district health office’s report. It further stated that the capacity is around 256 metric tonne in 20 private hospitals in the district.