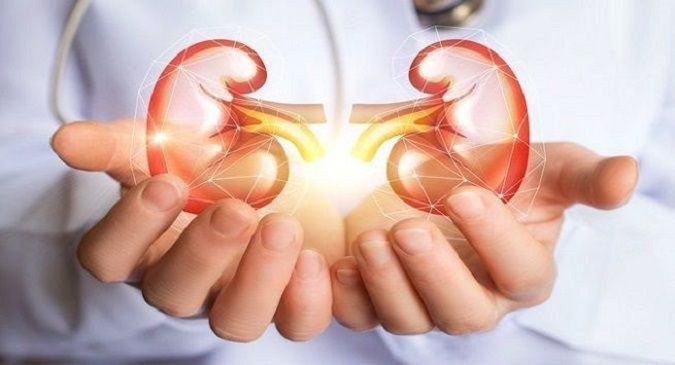 New Delhi: While even one donated kidney is a long wait for a large number of Kidney patients waiting for transplant in India, a Delhi woman was fortunate to be in a family to have 3 kidneys for transplant. Etika Kalra, 45, got third kidney from her husband. On two earlier occasions, her two elder sisters spared kidneys for her. She underwent third and earlier two kidney transplant at Apollo Hospital. Surviving three kidney transplants takes an incredible amount of strength, endurance and faith.

Etika and her hubby were ABO incompatible, which means that their blood group did not match. But expertise of Padma Shri awardee Dr. (Prof) Sandeep Guleria, Senior Consultant, General Surgery, GI Surgery and transplantation, Indraprastha Apollo Hospitals and his team, came handy and the highly complicated transplant was performed successfully. Dr. Guleria performed the earlier kidney transplants as well.

In 1996, when she was 23 years old and recently married, Ms. Kalra found out, during a routine check-up, her kidneys were shrinking. She was diagnosed with Glomerulonephritis, a type of disease in which the part of kidney which filters blood (called glomeruli) becomes damaged. Since that time, Ms. Kalra has been constantly fighting a battle with this disease. Initially, she explored various Ayurvedic treatments to treat her condition, but there was no relief and the creatinine levels in her blood continued to rise. In December 2000, she had to start regular dialysis as her kidneys were no longer functioning properly. Ms. Kalra underwent her first kidney transplant in 2001 where her elder sister Anshoo Walia donated her kidney. For more than a decade the donated kidney served Ms. Kalra well, but the life of a donated organ is limited. By 2014, she again started facing kidney problems. 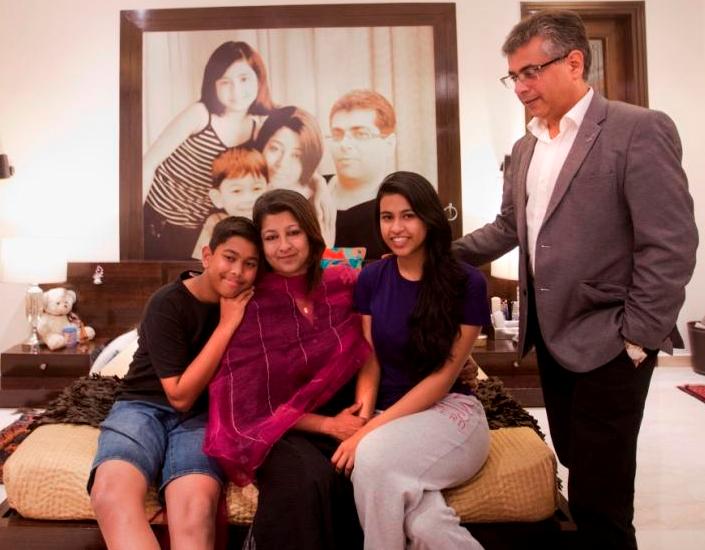 ‘By the time we found out that her first kidney was failing, it was too late to start her on dialysis. Her health was deteriorating fast and so we opted for a pre-emptive transplant. This time, her other sister, Ritu Pahwa, donated a kidney,’ Dr. Guleria said. Explaining the procedure and the unexpected complications which arose after, Dr Guleria said, ‘ A few days after her second transplant, while Ms. Kalra was still in ICU, she started complaining of severe stomach pain. It was found that she had gangrene of intestine for which we had to do an immediate major abdominal surgery to save her life. This was while she was still recovering from her second kidney transplant and it made her quite weak.’

Unfortunately, the second kidney was functional only for about 4 years after which it started failing. “It was a case of acute antibody rejection of the transplanted organ, in which Ms. Kalra’s own immune system started attacking the kidney. There was only two viable options for her at that time – either live on dialysis for the rest of her life or undergo another kidney transplant. Ms. Kalra chose the latter and this time her husband, Tarun came forward to donate his kidney. We counselled the family about the various risks involved with this surgery, after which they gave us consent to go ahead. Their blood groups did not match so to overcome the ABO incompatibility, we did numerous plasma exchanges. The first two transplants took about three hours but the third transplant took five and a half hours since the third operation was technically more difficult. However, we successfully overcame that barrier and transplanted the third kidney,’ added Dr Guleria.

Dr. Guleria further said, “Etika’s body is responding well to the new kidney and we hope that this time it will last for the rest of her life. Surviving three kidney transplants takes an incredible amount of strength, endurance and faith. She did not lose hope and her strong will to live pushed her to not give up at any point. Her family support was unwavering throughout.”

Ms. Kalra is now doing well and wants that her story motivate others to not give up in the face of adversity, “When the option of kidney transplant for the third time was presented to us, it came as a surprise. For a layman, even two kidney transplants are rare. But Dr. Guleria explained that kidney transplant is possible even for the third time and one can lead a normal life after that. He apprised us of all the possible complications. But since he had already performed the kidney transplants twice on me before, I had full faith in him and knew that my life was in the hands of an experienced and trusted doctor. After all these years, Dr. Guleria is like family for us now, and his guidance and support has been invaluable. My children are the source of my inspiration who keep me going,” said Ms. Kalra.

“Even after the third transplant, the precautions I have to take are the same as before. The food I eat has to be hygienic and freshly prepared. Eating outside should be avoided, and it is essential to have medicine on time,” Ms. Kalra said.