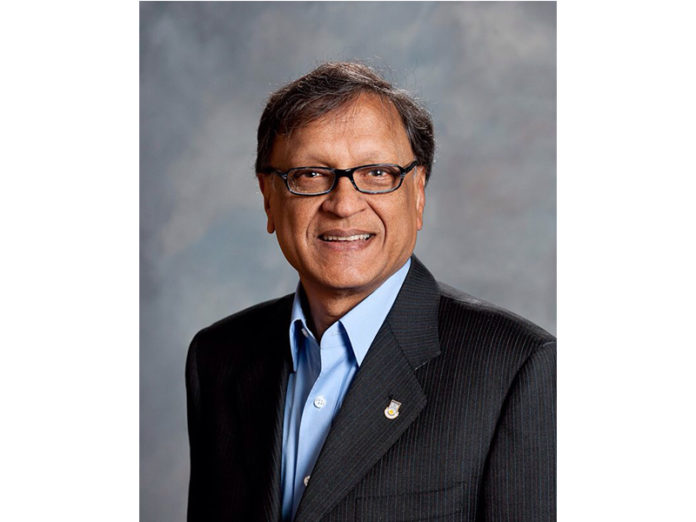 New Delhi: His heart aches to find his native country in the vice like grip of chronic diseases born out of life style going haywire. It is sickening to him to hear that India is on the verge of becoming the world capital of diabetes. It is this that has moved Dr Arun Kumar Garg, President of Canada India Network Society to spare a thought for health in India.

Dr Garg, a consultant medical biochemist in Fraser Health and clinical professor of pathology in the Faculty of Medicine at the University of British Columbia, has a passion for creating healthy civil society. His vast experience in global collaboration on this score is bound to come handy in his India initiative. Dr Garg has been practising in Canada as a medical doctor for more than over four decades and is widely respected as a global physician.

Talking to Medicare News in his recent Delhi outing, Dr Garg said, ‘Indian Vedic Philosophy is all about health but we have lost on it. Despite having a rich legacy of Ayurveda and Yoga, our civil society is reeling under huge burden of chronic diseases. It is a matter of shame that India is in the throes of becoming world capital of diabetes.’ Dr Garg had words of praise for Baba Ramdeo.

Dr Garg further said, ‘I am leveraging Canada India Network Society to connect healthcare leaders of both countries to exchange innovative ideas for creating healthy civil society. Bad life style is the primary cause of chronic diseases. Indians are stressing too much on drugs. Main thrust of my initiative would be preventive health.’

Dr Garg’s main plank would be food and he has created booklet named Sehat Information that extensively details healthy foods. He says 5Ks Kitna (how much), kya (what), Kab ( when), kyon (why) and kaise (how) would be the key. Referring to Satwik food, Dr Garg said, ‘Greek saying ‘Food is thy Medicine’ is so true for Indian. Food has truly become a critical component in treatment of illness.’

Dr Garg further said, ‘I am for integration of Ayurveda and modern medicine but this meeting should be on scientific ground. A lot research is needed for this integration. Ayurved recognises patient as an individual. The personalised medicine that modern medicine  has started talking about now a days is the same that Ayurved has been saying from time immemorial.’

Summing up, Dr Garg, said, ‘There is need to build collaboration and capacity between Canada and India towards a Healthy Civil Society at grassroots level of people to people. The initiative envisages joint projects in building Healthy Civil Society and be a model for the world. We are making efforts to develop and explore a joint project in India for engagement of the community for healthy behaviour, especially in eating and nutrition based on the learnings of local Sehat program. Engagement, Empowerment and Education of the community for self-behaviour modifications in life style are key to lowering the burden of Chronic Disease. The ancient knowledge of meditation, mindfulness can be a strong component of these programs.’