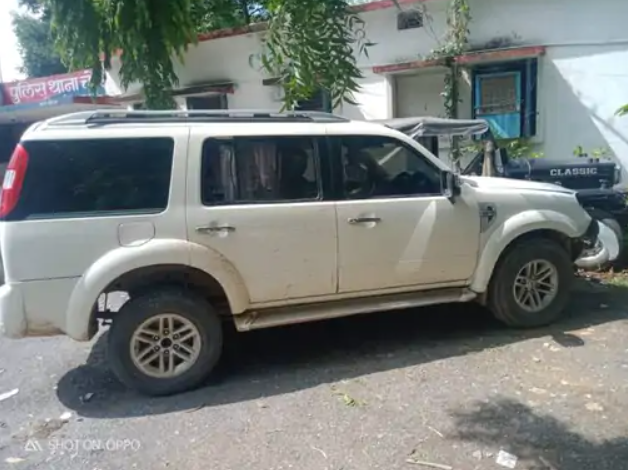 Rewa : A luxury vehicle has been seized while smuggling drugs on Bijnath-Madhepur road under Chorhata police station of Rewa district. While the smugglers inside the vehicle escaped. According to the sources, Chorhatta police have seized 3015 Bottles of narcotic cough syrup worth Rs 4.52 lakh. Also Endeavour car has been recovered and parked in the police station. Chorhatta Police has registered a case under NDPS Act and started investigation.

Inspector-in-charge of Chorhata police station Onish Pandey said that on Tuesday night, information was received from the informant about the smuggling of large quantities of drugs. The informant claimed that illegal drugs were being brought by Satna in a white colored Endeavour car. In such a situation, laid under siege near 53 acres of landmines near Mahwa tree on Bijnath to Madhyapur road.

Then a white four-wheeler was seen standing. A person left the car and ran away after seeing the torch light at night. Vehicle Search Lee Ford Endeavor Car Number UP 67 AC 4463. In which 3015 Bottles of narcotic cough syrup worth Rs.04 lakh 52 thousand 250, 12 cartoons and 5 other cartoons have been recovered.