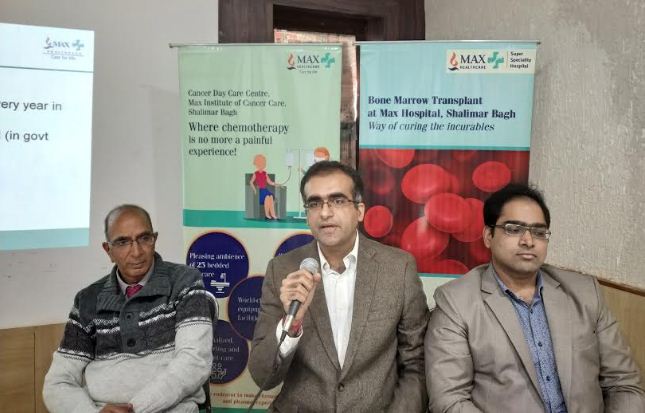 · Stroke is becoming an important cause of premature death and disability in India- Dr Ajay Bisht.

Speaking to media person Dr Vivek Gupta said Stroke is of two types: ischemic and hemorrhagic. Ischemic stroke means that the blood supply to a portion of brain is cut off due to a clot with resulting brain damage. It is similar to heart attack where blood supply to a part of heart is blocked and that’s why it is also called BRAIN ATTACK.The other type is hemorrhagic in which there is bleeding in the brain. 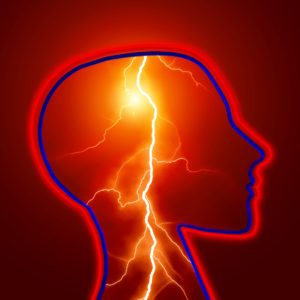 Treatment of ischemic stroke is done by intravenous injection of a drug which can dissolve the clot. Although it is an excellent treatment, but it is effective only if the clot is small and if given within 4 and a half hours of the beginning of stroke. Earlier patients reaching after 4-5 hours had no definite treatment options and were managed conservatively with supportive care.

Now because of a new technique called “Mechanical Thrombectomy” which is available now in Paras Hospital Panchkula , these patients can be treated up to 6hrs and in selected cases till 24 hours. In this technique the clot is either aspirated or taken out of the brain with the help of a stent without opening the brain. Recently the American Stroke Association has also modified its guidelines and has recommended mechanical thrombectomy treatment for stroke patients.Thus, it is very important to be aware about the hospitals which can offer these treatments. Merely reaching the hospitals is not enough, one needs to reach a Stroke Ready Hospital.

The other type of stroke in which there is bleeding can occur either due to increased blood pressure or due to a condition known as cerebral aneurysm, where a brain artery becomes week, bulges like a balloon and ultimately bursts. One third of these patients die before reaching the hospital, half of those who reach in time are left with serious disabilities.

For years the only treatment for the aneurysms stroke was open brain surgery. But now with the advent of technology we have a minimally invasive way of treating aneurysms without opening the brain. The entire treatment is done through a small 3mm hole in the leg with no or very minimal blood loss. This method in common terms is known as “Coiling” of the aneurysm because platinum coils/wires are used to treat the aneurysms.

Interacting with Media persons Dr Ajay Bisht said“developing countries like India are facing a double burden of communicable and non-communicable diseases. Stroke is one of the leading causes of death and disability in India. The changes in face, arms, speech and time (FAST) are critical to know if a person will undergo a stroke anytime soon. Uneven face like drooping of the mouth, one arm hanging down and slurred speech are some of the common symptoms of a stroke. “The important thing about stroke is that time is of essence. Every second following a stroke, 32,000 brain cells die. So patients should be rushed at the earliest to the nearest stroke treatment center. and timely treatment can help them prevent the same from occurringMany a time if a Hematoma is formed ,which leads to increases pressure in brain or the Stroke is big enough the we perform Neuro surgery to decompress the brain or salvage the dead portion of brain to save the life of patient.For a hospital to have comprehensive stroke care, multidisciplinary team comprising of emergency physicians, neurologists, interventional neuro-radiologists, neurosurgeons, anesthetists and critical care physicians is must. In addition to this dedicated and trained nursing care and physiotherapy is important. Also, the hospital needs to have inhouse CT/MRI machines of good quality to diagnose stroke and to take treatment decisions within the window period of stroke treatment. In Indian cities including Metro cities, only 3% of the eligible stroke patients receive thromboembolytic drugs to remove clotting as they are brought to hospital on time. The rest are paralysed as they are brought in late to super speciality hospitals and cannot be administered clot buster drugs. As such we need to make a conscious effort to sensitize people about these diseases, the right course of treatment and preventive measures that will help them deal with problems.

10 things you can do to prevent a stroke

1 Lower blood pressure-Your goal: Maintain a blood pressure of less than 120 (top number) over less than 80 (bottom number).
2 Lose weight-Your goal: Keep your body mass index (BMI) at 25 or less.Try to eat no more than 1,500 to 2,000 calories a day (depending on your activity level and your current body mass index).
3 Exercise more-: Exercise at a moderate intensity at least five days a week.
4 Drink Alcohol in moderation
5 Take a baby aspirin-: Take a baby aspirin every day (after consulting your Doctor)
6 Treat atrial fibrillation- If you have symptoms such as heart palpitations or shortness of breath, see your doctor for an exam.
7 Treat diabetes-Your goal: Keep your blood sugar under control& monitor your blood sugar as directed by your doctor.
8 Quit smoking-Smoking accelerates clot formation in a couple of different ways. It thickens your blood, and it increases the amount of plaque buildup in the arteries. “Along with a healthy diet and regular exercise, smoking cessation is one of the most powerful lifestyle changes that will help you reduce your stroke risk significantly.
9 Be Aware about Stroke.
10 Maintain Healthy BMI and hip to waste Ratio.